Brain Simulation and Applied Artificial Intelligence can bring the real Next Generation Health Science that is not dependent on older science for radical cure. Next Generation Health Science is coined by Oracle, one of the largest company associated with Networking. This way of thought of Brain Simulation, Coding them only started few years after pathetic failure of Human Genome Project. It is a failure because it wasted billions and ultimately returned zero treatment options. What the patient or have to do if they knows that gene is the reason for an incurable disease.

The first right works were done by a very honorable person – Hippocrates. The word Open Source was not known in 460 BC, but he really tried to make it Open Source. We need another good kick to make the Medical Science fully Open Source. There are various reasons why people are saying to create Open Source repo for Health Science, first it becoming apparent that, participation by a community only can progress a technology rapidly. Secondly, there is basically no need make the book publishers richer and richer and thirdly, if the hardwares becomes open source, a pacemaker that costs $2000 today will cost $200. Pacemaker is functionally nothing more complex than a mobile phone.

There are reasons to give this preface starting the real topic on Brain Simulation. The resources those are been in use are Open Source Softwares – PHP, Python, Ruby, cURL, libcurl etc. Now when you heard about Python, you understood why people are saying to create Open Source repo.

The approach to Human Genome Project was wrong because – you can not define a keyboard with inorganic chemistry or even just the physics. Pressing CTRL and A does not give an electrical impulse – it sends a specific data. For example, in DNA Computing and Modeling of Neurons we have shown (part of the code) :

It is a type of Biological neuron model or spiking neuron model. Can you recall the old good Pseudo Code ?

The application is Neuroprosthetics.

Brain Simulation and Intelligence : Can You Explain in an Comprehensive Way !

Surely ! We are proceeding towards an approach where we can actually download your whole brain’s data, simulate and check it (like taking backup of WordPress!) and if you get mad unfortunately like a Windows PC and your Psychiatrist tells your wife its practically impossible to get back, we in future can delete your corrupted data and upload it from backup. Bigger phrama companies, Software Companies are approaching virally after understanding the fact that any cell or organ can be made fully functional, the programmers has little idea, because are given tasks with other name. Yes, if its not Open Source it is quite dangerous. 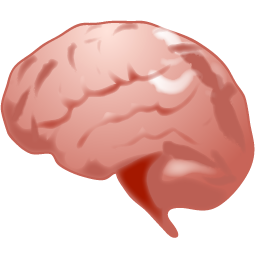 Now going out from Brain Simulation and landing to Intelligence as probably you are thinking that your Brain and my Brain differs in Data. Just like, in case of WordPress FTP backup part, only taking the backup of wp-content directory would work, for an individual, there is no need for taking the backup for all for a simple reason, there are aspects which are independent of Learning Process through Traditional Education. There are various complex (and idiotic) models of Intelligence, this is an example model and the simplified strata for understanding Intelligence :

Linguistic Intelligence : This is a kind of ability that is very complex. Think in this way – The pen is mightier than the sword. Not everyone can write really in that way to make it ‘touchy’. I can not write poetry. But may be you can write very nice poetry. It is thought that, as poetry has no traditional way of learning (There is DPhil on poetry, which can definitely not promise to become second John Keats), the brain normally process them in an way, so that most can understand the meaning.

To one who has been long in city pent,
‘Tis very sweet to look into the fair
And open face of heaven,–to breathe a prayer

The basic meaning is easy, if I narrate it it will be very boring like you hated to do in your school. But the sequence of word making it a kind of rhythmic. 90% understand this rhythm is sweet and no other could write it in that way that is why John Keats is John Keats.

Logical-Mathematics Intelligence : This is the most important part and possibly it is responsible for the word we use “that person is very intelligent”. This is often tested by simple maths to clinically detect whether the brain is properly functioning or not. 2+2 always will be 4. Yes an illiterate can answer it. With practice it becomes sharp. Probably teachers (including parents) play a big role as we have seen that, most big scientists was a disciple of another bigger person. The reason is, understanding has an ill-defined way and not all can master it how to make others understand. In the same way, bigger criminals also follow like a disciple other big criminal. Because he need to understand the logical approach to carry out a work which will be less understood by the others. Blueprint, diagram, equation are the ways to communicate easily.

Musical Intelligence : Music is one of the separate thing in this World that can make another human or a mass mad, sad etc. As your country needs to make you feel the existence of Country, National anthems are usually used by almost all countries. It is quite peculiar that, many many big physicists have and had the exceptional ability either to compose or to play some instruments.

Bodily-kinesthetic intelligence : It is very difficult to make understand if you do not actually have this kind of ability, that means it is dormant. I can run a scalpel more efficiently than the others. In the same way, you might be able to dance, chop salad artistically, jump etc. Driving skill also falls in this category. Usually one major and one minor are prominent in one person and they are barely related.

Interpersonal Intelligence : The way I am writing this thing to make you make you understand is “Inter”personal intelligence. Any kind of teacher, leader, clinician, guru have this special ability. Usually they can influence the mass within few minutes. This is the reason why these groups often changes the role – a doctor becomes a politician.

Intrapersonal intelligence : This is the main decision making factor of a person. The ability to self correct, take the major decisions like changing a stream, changing life partner etc. This is usually always active in the form of controlling reflex reactions, it can not be taught but can be gathered from others. This is very badly abused by cold headed criminals by making angry, evoking emotions which should be suppressed etc.

Spatial intelligence : Who am I is the answer. There is a difference between fluttering and appreciating.

This Article Has Been Shared 338 Times!