Blue Brain Project has the intermediate goal to reach Whole Brain Simulation, if we can easily represent the gross function of Brain, many ways are open for us.

This is a read only webpage, intended for all readers and the readers are requested to read, if thinks as an individual has less updated knowledge related to Blue Brain Project and Whole Brain Simulation, these are helpful articles :

Neuroprosthetics and Modeling of Neurons

And some resources with the spirit of Free Software Foundation or having GNU or MIT License are available here.

The project is funded by the Swiss government and secondarily by grants and some donations from private individuals. IBM has never directly funded Blue Brain project as intentionally wrongly published by Forbes in 2005. That webpage content has been deleted by Forbes as on 2009, there was official statement about Blue Brain Project. To visit that page of Forbes, users are suggested to use wget to download to see the 404 error. Blue Brain Project as said on 2009 has the target Whole Brain Simulation. However, Whole Brain Simulation or Neocortical column modeling are not synonymous with Blue Brain Project.

Why Blue Brain Project and Whole Brain Simulation is not synonymous 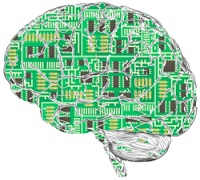 Again please open any bigger news type website writing on Whole Brain Simulation with wget to avoid being tracked, the money can be fetched by software companies can be of few billion dollars as proprietary softwares can be worse than Microsoft Windows. You can safely search on GitHub, Source Forge, Google Projects for Neural Modeling.

What Whole Brain Simulation has to offer ?

The importance is to replace a damaged part of brain which has basic functions. Second is the study of higher cognitive functions and make the mind uploading to be a real happening.

Other than Mind Uploading, the major improvement can be done by artificial prosthesis with computing function to make the connection with cut end of the neural bundles for an accidental amputation of an organ like a thumb of a skilled worker.

Whole Brain Simulation has many offerings but it is a revolutionary change in science, particularly there is possibility of the software companies to charge hugely for taking ‘backup’ or saving the ‘backup’ if in case, individualized cognitive functions can be reversely coded.

Not necessarily, Whole Brain Simulation or Neural Modeling need supercomputer, it depends on the strength of the coding (theoretically) and can be deployed on few dollars per hourly charged multiple Cloud Servers, properly load balanced. It is of utmost importance to observe any project on Whole Brain Simulation, to be developed as Free Software project, lead done by efficient doctors and not funded by any software or pharmaceutical companies. This is our duty,  not to do any harm to any human and to prevent even the possibility of the arrangement of an foul play that can be done by bigger companies. A Free Software Project will usually have a GNU GPL license and have a Subversion Repo or equivalent showing all the codes publicly.