Computational Neuroscience is an interdisciplinary branch dealing with information processing of nervous system.It is related to Brain Computer Interface (BCI) and practical usage of Cortical Plasticity. Information processing in Computational Neuroscience means the entire spectrum of brain functions of the various stages of processing of sensations to cognitive functions such as learning , memory , decision making , and the control of the motor system to perform actions. What is the usage of this Computational Neuroscience ? We wrote on the article on infographic that, cave men used to draw images of how a bison is killed with which type of cutting of stone. The idea was not to only draw arbitrary things – it was to convey many scientific ideas to the next generation in a permanent way. After many thousands of years, Leonardo da Vinci drew sketches of aero crafts – yes, the stone and the aero craft had the same principle – aerodynamics. So the basic ideas of these exception peoples, the number percentage wise has remained the same – not all educated people can discover a unique thing, the caveman had no degree – but again the point is, unique way of thought – way of thought processing. Some says it Intelligence. Still date Intelligence has no measurable unit.  Intelligence Quotient is a vague, poor and flaw-full method of indirectly measuring Intelligence.

The basics of Computational Neuroscience

The main methodological tool of computational neuroscience is the mathematical modeling of components of the nervous system, such as neurons, synapses and neural networks using the methods of biophysics and the theory of dynamical systems. These models are often complex in computer simulation. Furthermore, the computational neuroscience and complex experimental analysis of neural data can be done only by few. 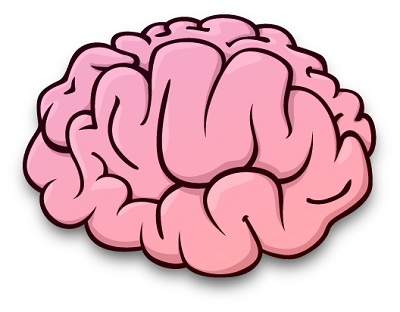 In all these approaches in a close collaboration between experimental research scientists from the disciplines of biology, medicine and psycholog , as well as theorists of the mathematics , physics and computer science has been done. However, no great discovery has been done by a group in this World. Newton alone discovered the Three Great Rules. That is why we need more “cavemen” who can work alone on Computational Neuroscience.

Computational Neuroscience is to some degree is against some theories of psychology, pure learning theories such as machine learning and artificial neural networks, as well as the field of neuro-computer science are recognized, although these areas have to some extent parallel histories and follow partly similar goals.

Scope of research on Computational Neuroscience

Starting from a description of the ion channels decisively influenced electrical properties of the cell membrane of neurons in the form of an equivalent circuit models of action potentials. The various models used in the mathematical methods come mainly from the theory of dynamic systems.
Examples of the use of such models is the description of cells in the basal ganglia, with the goal of new therapies for Parkinson’s disease to develop where also the modeling of individual cells (such as with software Neuron ) is important attempts in Computational Neuroscience.

As I have said in my personal blog, the word Research has been a joke now – its a way to earn reputation and money. That is not the way for development of Computational Neuroscience. Only few will do some exceptional steps – just like many Graham Bell did – alone.