Development of MongoDB began in October 2007 and the first edition was released in February 2009. MongoDB helps many applications data model to save an use in a more natural way, as data can be nested, but in complex hierarchies, they are always searchable and indexable. MongoDB is available under GNU GPL. 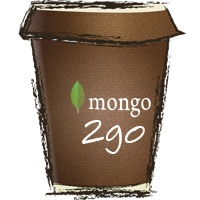 MongoDB supports index structures such as B-trees and geospatial indexes. MongoDB supports master slave – Replication. A master Database can reads and writes run. A slave database copies the data from the master and can only be used for reads or backups, but not for writing. There are some graphical surfaces ( GUI ) appeared on the market that help the developers at work to sift through and edit their data.

Other Notes on MongoDB

MongoDB Monitoring Service is a free, cloud-based monitoring solution and a alert service for MongoDB server from the original developer company. The most powerful and useful database management tool for MongoDB is database Shell named mongo. The shell allows developers to view the data, remove, and update. This also help the developers to get the replication information, fragment horizontally, shut down servers, execute JavaScript and more. Mongo is built on a JavaScript engine, which means that this is a fully fledged JavaScript is while being able to to connect to MongoDB servers.