Daemon or sometimes written as demon is terminology used for Unix or Unix-like systems, Daemon is a program that runs in the background and provides specific services. User can perceive Daemon only in an indirect way, for example, in case of network sockets. The term daemon is probably originated as an abbreviation of disk and execution monitor. Which according to some is not the origin but a back abbreviation. As happens, hundreds of peoples added various poetic meaning of this word Daemon !  In Microsoft Windows operating system, the equivalent to Daemon is called system services or simply services.

Usage and Operation of Daemon

Typically daemon or daemons to be perfect, are not started by user interaction, but automatically during system startup. This represents a significant proportion of boot process taken by daemon, as for the most UNIX derivatives, the main application logic of the operating system resides in the user space and runs in the daemon. Typical daemon in UNIX operating systems not only used for the server processes such as network services, e-mail server , database server and printer server, but also the processes like the hardware configuration. Also periodic tasks at specified times are realized by using these daemon.

Daemon however also can be started as normal processes in a shell by an user. Then forking these processes will direct a child process of the main process (init). In practice, many daemon are designed in that way so that they can be controlled by command line parameters can be run either both in the background or in the foreground. 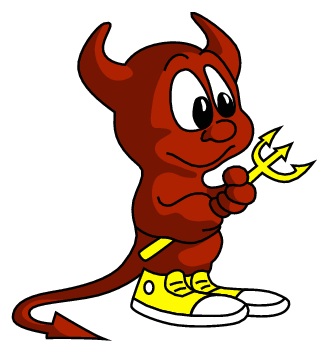 BSD derivatives made the demon to their logo. The figure includes some imagery that characterizes daemon, because daemon constitute a core operating system component.

This Article Has Been Shared 780 Times!

Articles Related to What is Daemon ?