You can search in Google play with the name of two apps :

These Applications are basically very rudimentary form of our WAMP, XAMMP like localhost Web Servers but as Android itself is like a Network Installation Server Edition of Linux distro, the localhost is the real IP and port 80 can be controlled. It is now possible to server static contents including html files using Android Device as Web Server.

Having a pocket-able dedicated server of your own is never a bad idea for a very small personal group website. Node.js runs quite nicely on Android device. Basically most wants to install WordPress after understanding the prospect of Android Device as Web Server. PAW Server is the typical PHP server package but MySQL is absent, basically we do not need MySQL as there is Cloud Database. There is Apache Felix Framework for Google Android :

Apart from these, there is an App on Google play named Linux Installer STANDARD and fantastic Ubuntu Installer for Android App. Also Daniel’s guide is quite good for installing server side softwares : 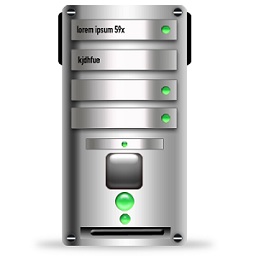 So technically we can actually install Ubuntu Juju or DevStack (slim version of Rackspace Private Cloud Software and OpenStack) on our Android Device as Web Server for using it as a Bare Metal. Do not laugh ! You might have paid quite good amount to buy your 10 Inch Android enough to buy an entry level laptop that will work fine as Bare Metal with Dev Stack. The barrier is the crap hardware, promoted as state of art hardware, it is not our Free Softwares which is a barrier.