Advertisement
You are here: Home » Neural Modelling with PHP and PostgreSQL : My Practical Opinion
Advertisement

Neural Modelling with PHP and PostgreSQL will be the best way for implementation. As pointed out by GENESIS, we need upgrade in coding. Here is the key points. As I have decided to accumulate all the codes, articles and other things written or developed by me related to Neural Modelling or Cognitive science to my .pro domain, this is probably the last article related to cognitive science and Artificial Intelligence. There will be some publications but in digested format without any core topic. All Source Codes are licensed under GNU GPL 3.0, fully free but at the same time we must be aware what Richard Stallman pointed out long before – the imperialistic companies can steal our developments and take patents.

Neural Modelling with PHP and PostgreSQL : My Hypothetical Model

My hypothetical model is the practical deployment of Neural Modelling with PHP and PostgreSQL as Free Software and Hardware project. Suppose my right thumb got amputated, it went in an way, that we can not restore it or rather allow the normal healing process. As unlike some other known species, my thumb which is trained to perform professional skill, will not grow itself. So the easy outline is, install a functional micro computer, custom sized to get inserted inside the marrow cavity of radius. As radius bone is vulnerable to injury, particularly while the orthopedic procedure needed to implant such, it is not actually like femur. we need to reinforce it. Essentially the microcomputer will run with an ARM processor with multiple sources to run itself. As the nerves supplying the muscles of thenar eminence and the all distal muscles to it for motor actions are known, we can connect them easily with this microcomputer. Up to this there are already some similar devices controlling sphincter actions. We can reconstruct a fully mechanical thumb with servo motors (already such things are in use) and the coding will be required for translation of neural impulses (definitely it is of two or multiple ways, there are functions like proprioception which needed to be delivered in opposite direction, i.e. proximally towards the CNS and PNS). For the natural look and feel, we can use skin grafting or partial transfer methods done in General Surgery. There is quite important surgical crafting needed for proper arterial supply and venous drainage.

I used Thumb as  practical deployment of Neural Modelling with PHP and PostgreSQL as it has almost all the movements, circumduction is probably the most complex and ideally must match the tests done for checking cerebellar functions.  The importance of our Neural Modelling with PHP and PostgreSQL is – as higher functions of brain will not accept it as the normal thumb, we need faster response time, exploiting the already known normal unskilled actions of Neural Modelling can be simulated without relying on brain-nerve-microcomputer connection. As the brain has the data to perform (i.e. move) the corresponding distal 2 joints for skilled actions, we basically need not to get the mind uploading part to think at all.

The most important thing is, whether the carpometacarpal joint is working or not. In other words, has been chopped out or not. Simulating opposition will require quite great effort. People count numbers with this action.

The terminology artificial thumb should not be used as there is artificial thumbs in Jackson-Rees T-piece. For reference, X-Finger is the first artificial finger developed by Daniel Didrick, it is however primitive.

First we need practical application of simulation, doing simulation like playing computer games has no real value. The  function of GENESIS 3, after admitting the fact that GENESIS 2 was oddly old, is this, this is official diagram : 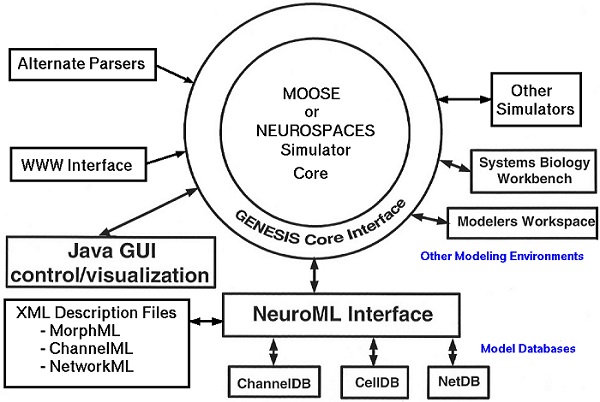 MOOSE is definitely better option, but they are basically designed for only on computer simulation.

Neural Modelling with PHP and PostgreSQL : Getting Help from Developers of Different Niche for Rapid Development

PHP and PostgreSQL in combination used by default in MyBB forum software. WordPress though supports PostgreSQL, it is basically for MySQL. PostgreSQL  is fast. We need the GUI only for debugging externally. We need to use the PHP framework of them for an object independent framework. Basically we will install the needed parts as plugins. As PHP is most known to all open source web developers, it is easier to get helpful person than Python. Python can be run as PHP (PiP) :

Neural Modelling with PHP and PostgreSQL : My Hypothetical Model is patented (for now) by me and should not be reproduced still I release it. Along with it there is a Law. The Law has 4 major points. One is – Brain will always act faster for a skilled pathway of work than execution of a code. This Law explains why a supercomputer has more failure rate than a professional chess player. Codings are for the communication gap, acting as a failsafe measure etc.

Articles Related to Neural Modelling with PHP and PostgreSQL : My Practical Opinion