Advertisement
You are here: Home » Changing Scenario in US Based Cloud Computing : The Business Aspects
Advertisement

Changing Scenario in US Based Cloud Computing : The Technical Factors

Behind any business, there is science, the applied science is the technology. It is matter of fact, if we look back to history, it will become apparent to us – the innovators, the intellects getting more economically better situation or position with time. The rapid change happened around 1900’s and 2010 – 2012 in this century. Amazon and Rackspace without any doubt is jointly the king of Cloud Computing today. OpenStack was not not simple project as an Open Source Cloud Computing. Yes, among the mentionable technologies, it is the OpenStack which has changed the way of thought. This is the major turn key that practically made to think a developer to become a businessman with few hundred dollars in wallet.

Changing Scenario in US Based Cloud Computing : The Master Strokes 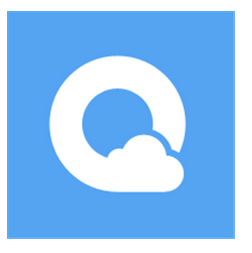 As we mentioned before, Richard Stallman is the cornerstone of today’s way of free software thought, but about Cloud Computing, was vision was only revolving around Amazon and Microsoft at the time of the famous quote against Cloud. His thought is never wrong if we think of Microsoft Cloud Computing. Do not forget that the leading person of Azure cloud is a modern Hitler – it is he who actually did a flip with Windows NT and Open VMS, it was ported along with the wallpaper. Microsoft strategically placed him to create a modern battle with the dark horse in hand. To this, add the odd, dangerous, strategic attacking behavior of Balmer.

We do not think that, NASA’s support for OpenStack was without any future thought, it was unfortunate for Microsoft’s Hitler. Hitler’s fate is to die. It is happening, it happened and it will happen. So, ultimately OpenStack established a free thing on the other free things (Read LAMP stack). HP has quite bad reputation for manufacturing crap quality keyboards of laptop. But they know how to flip themselves as the market changes. HP’s big bundled target was fulfilled after engulfing Compaq with all the patents. Now, HP is singing the song of OpenStack. In fact, they have only OpenStack with copy pasted rate of server – you can compare, the rate is same for Rackspace and HP. HP’s probable target is to engulf OpenStack. Their invasive habit adapted from Microsoft says so.

This Article Has Been Shared 742 Times!

Articles Related to Changing Scenario in US Based Cloud Computing : The Business Aspects