Cloud Computing Security Means Opting For Open Source. When there is closed source, there is inherited risk of stealing data as simply the source code is hidden. You will have to accept this logic just if you think about Microsoft Windows – Windows allows updates only if you allow to get your hard disk practically open to Microsoft. Talking about Apple Mac is irrelevant simply as we are talking about Cloud Computing Security, over 90% uses either Linux or Microsoft Windows as Server Operating System and there are other softwares.

Take a simple example, we are using Ubuntu and Open Stack to build our own Cloud with bare metal for a serious and sensitive project. It is quite easy to know the function of each and every file – either from official website, forum, documentation or other places. Now take that, WordPress is installed on it and exposed. So this part is fully exposed to the Public. The backend has Apache2, PHP, MySQL and other needed components. All are Open Source and source code fully known. It can not happen that, WordPress suddenly will decide to inject a bit of code to get the information about the servers to supply to a third party. With this setup, that is basically quite common nowadays, practically gives you the power to control the full security. This is basic reason for the tagline – Cloud Computing Security Means Opting For Open Source.

Even if you use a paid Theme or Plugin, just for our easy model of WordPress example – you basically can open the individual files to check the functions, a paid theme will basically depend on the WordPress core. It can not happen that a malicious code can be inserted, if you are quite concerned about Cloud Computing Security for that Installation. 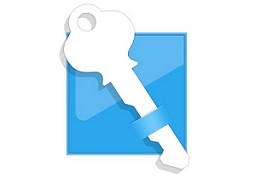 As the resource in case of Cloud Computing is basically unlimited, it is quite difficult to suspect unusual bandwidth consumption for sending data outside using your server’s bandwidth. Simply a few dollar bill will increase at the end of the month and most will unable to detect it.

Unless you can see and examine the Source Code in SVN, better with official function reference by the community, like that of WordPress, you can not think for cent percent security. Be it about Cloud Computing Security or just your laptop. Finally it is an absurd logic that a paid software will have fully closed source. You can take the example of a well known WordPress theme Framework named Genesis. The amount of function reference on official website is practically enough to give anyone a lead to open the 500 KB pack and check line by line. No one copies and creates a second duplicate of Genesis. It is obvious, if someone verbatim copies codes line by line, it will be easily caught.

In the same way, OpenVMS is paid Operating System by HP (now), but there is a group of community that works on enthusiasm, not for business usage of OpenVMS as Free Software. It is officially granted. Android is Open Source and if you want you can know the functions of the files. And think about the possible manipulation and data theft by the closed source Virtualization software – this is the reason we said – Cloud Computing Security Means Opting For Open Source.