Advertisement
You are here: Home » How To Get Access Via Command Line Tool for Cloud Servers and Git
Advertisement

How To Get Access Via Command Line Tool for Cloud Servers and Git : Introduction

The basic thing is that, there are basically three groups of users (it is over simplification for better understanding by the beginners) :

For Git, usually Git specific softwares are available from the official websites. On Linux (Debian and Derivatives like Ubuntu), official websites supplies the needed command to install and use Git from Terminal itself. For Windows a separate Git Bash is used, supplied as installable exe software.

How To Get Access Via Command Line Tool for Cloud Servers and Git : Why We Need it

We need to remote login to the remote computer, where unless other softwares installed, there is no graphical user interface like your desktop, unless you configure as VNC Desktop. That is however has issues and not conventional way. On git you can not do it.

How To Get Access Via Command Line Tool for Cloud Servers and Git : Steps 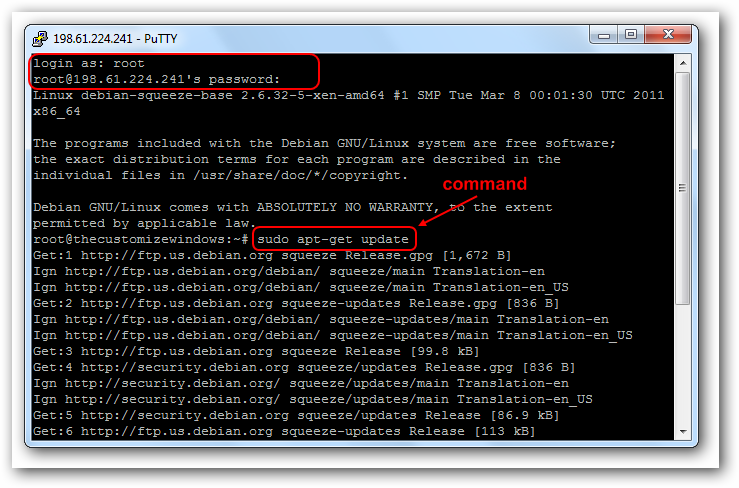 Windows PC : Download PuTYY for Shell access and Git specific softwares for Git. We have full guide for PuTTY.

Username is usually root and IP is server’s IP.
For git, login command varies widely, usually in the syntax :

Cite this article as: Abhishek Ghosh, "How To Get Access Via Command Line Tool for Cloud Servers and Git," in The Customize Windows, November 7, 2012, February 6, 2023, https://thecustomizewindows.com/2012/11/how-to-get-access-via-command-line-tool-for-cloud-servers-and-git/.
Source:The Customize Windows, JiMA.in