There are quite good number of Heroku Specific Guides in this website. The most important for this guide is how to update Facebook PHP App, when WordPress is installed on Heroku Blog Cloud. You will get the other needed tutorial links on that webpage like how to create Facebook App. 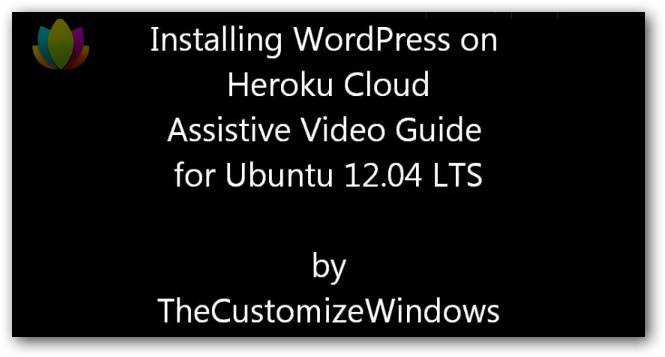 0:08 : We ran the command which git, it would return result if any git was installed.
0:14 : As we were working from Ubuntu, when we opened Heroku Tool belt webpage, the Ubuntu/Debian version was highlighted.
0:22 : We copied the command needed to install Heroku Tool Belt.
0:33 : We pasted the command on Terminal and pressed the Enter key from keyboard.
1:34 : We cleared the CLI by the command clear after Tool Belt Was installed.
1:50 : Shows how to login from Terminal in to Heroku Cloud.
2:50 : Up to this point, the video is self explanatory.

You will see that we have emulated the problem of cloning. It only happens if you do not generate the key. If you pause at 03:56 on the video, you will notice the normal way of generating the Key first and then flawless cloning of the Git.
We Hope this Video on Installing WordPress on Heroku Cloud have helped those who were facing issues.

This Article Has Been Shared 821 Times!