Savant syndrome is a psychiatric condition, classified among neurodevelopmental disorders, which demonstrate profound and prodigious capacities and abilities far in excess of what would be considered normal of a human being. Syndrome is a misnomer, it is not classified as a mental disorder, but they have not the superior skills of  superintelligence. A purposeful, serious project for creation of Superintelligence probably does not exist. Even when evaluating the technology available today, there are different opinions. Some transhumanists believe that today’s technology has to be simply combined in the right way to bring about the state of Superintelligence. Others argue that both the technology as well as the concepts have to be developed first. 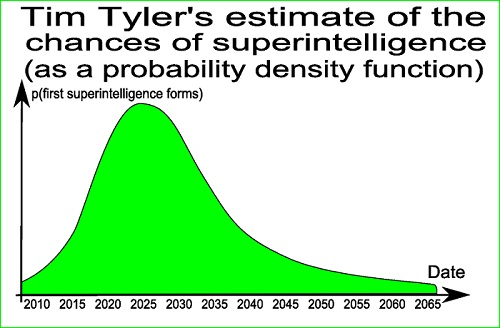 Skeptics doubt whether Superintelligence is even technically feasible. The processes in a biological brain are far too complex to decipher and also far too complex to mimic with a technical device. Also the combination of human synapses to electronics in a cyborg is problematic, since a fast but rigid electronic system with a slower but living brain can not be easily wired. This criticism is being asserted, first, that the evidence on the exact processes in the human brain are not too complex in principle, ever to be understood. Secondly, artificial intelligence is not fixed at the imitation of a biological brain, but can also justify their intelligence on another operation.