Combination lock is the best example of basic Finite-state Machine. I have set number – take that it is 4049. If you do not match this right order of digits – 4-0-4-9, simply the lock will never open. Primitive usage of Finite-state Machine (FSM) is in electronic design, communication protocol etc. The sophisticated usage is in Artificial Intelligence, Computational Neuroscience, Neural Modeling and various other fields of Cognitive Neuroscience etc. It is used in Machine learning too. 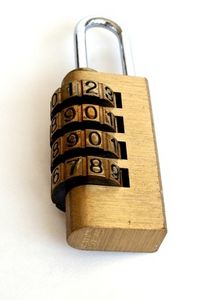 Finite-state Machine (FSM) and The Models

Ultimately we have to use it in some programmable logical device or in logic gates or in some software. As you are human, you can conceptualize and imagine a combination lock, I gave you the example digits. But a computer will not understand in the way a human will do. For that reason, we basically write in symbolic forms – that is the formula. Formula means mathematics. So one of the model of Finite-state Machine is Mathematical model. You can simply take that, this Mathematical model is mostly used in practical usage.

Actually Finite-state Machine (FSM) or Finite Automaton (FA) is quite complex. Take that, in the beginning of the process of recognizing a string of entry, the finite state machine is in the initial state and as each symbol processing chain changes its status as determined by the transition function. Compare with my combination lock model.
When it has processed the last symbols of the input string, the system stops at the final stage of the process. If the final state in which it is stopped is an accepting state, then the string belongs to the language recognized by the automaton, otherwise, the chain does not belong to that language. It is all or none law. Either the lock will open or will not open.

In your body, inside every cell this Finite-state Machine (FSM) or Finite Automaton (FA) is running. Four Amino Acids and their sequence. A very very complex computing strip.

This Article Has Been Shared 277 Times!