I’ve been using SoundForge on PC since version 4.5. Being a sound designer, it’s been my main tool for more than 10 years, and I’ve been keeping a PC in my studio, only to run my beloved SF… You can imagine how exited I was when the “Finally on the mac” announcement came in. So, here it is, and it looks terrific, the new workflow is great and very easy to get used to BUT I won’t be able to get rid of my PC just yet: A lot of essential features of SF (Sound Forge) are not implemented: No batch processing, No video, a lot of process are gone, auto region, CD burner, etc… At the end of the day, this is a very good start, but my hope is that you guys at Sony Creative are planning to catch up with the PC version, so Soundforge completely reaches the Mac¦

Windows version however is costly – US $399.95  (box pack). From our view point after completely agreeing with that review, Sound Forge Pro 10 for Windows has 42 presets whereas Mac OS X version has 11 presets and at every point it lacks features (compared to Windows version). Although Mac has a wide range of Sound Editing Softwares, Sound Forge Pro Mac has a place. Still Sound Forge Pro Mac deserves to be tested by any Audiophile, as many Audiophiles loops (not same like the players) the music, wants real time sound processing and many extra, Sound Forge Pro Mac has a place. For just simple listening processing process and to get more information about MacBook Pro’s Sound, please go through our article Feel The Sound on MacBook Pro.

This is the Work flow to usual listening of a single track : 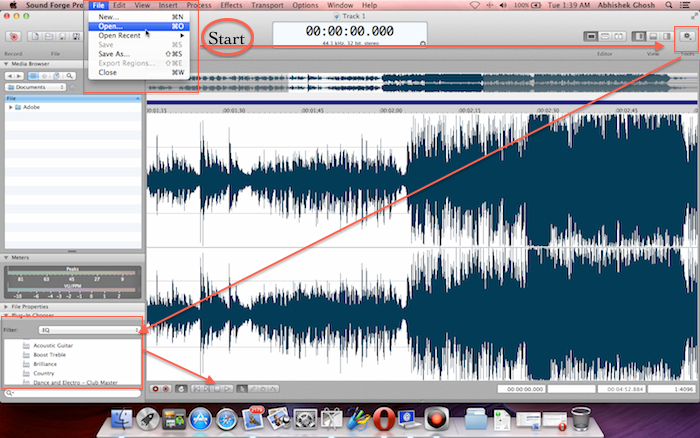 Sound Forge Pro Mac has more flexibility than even Adobe Photoshop (as the main workspace needed is lesser) to arrange the option panes.

For example you can process through pre-defined Equalizer filer : 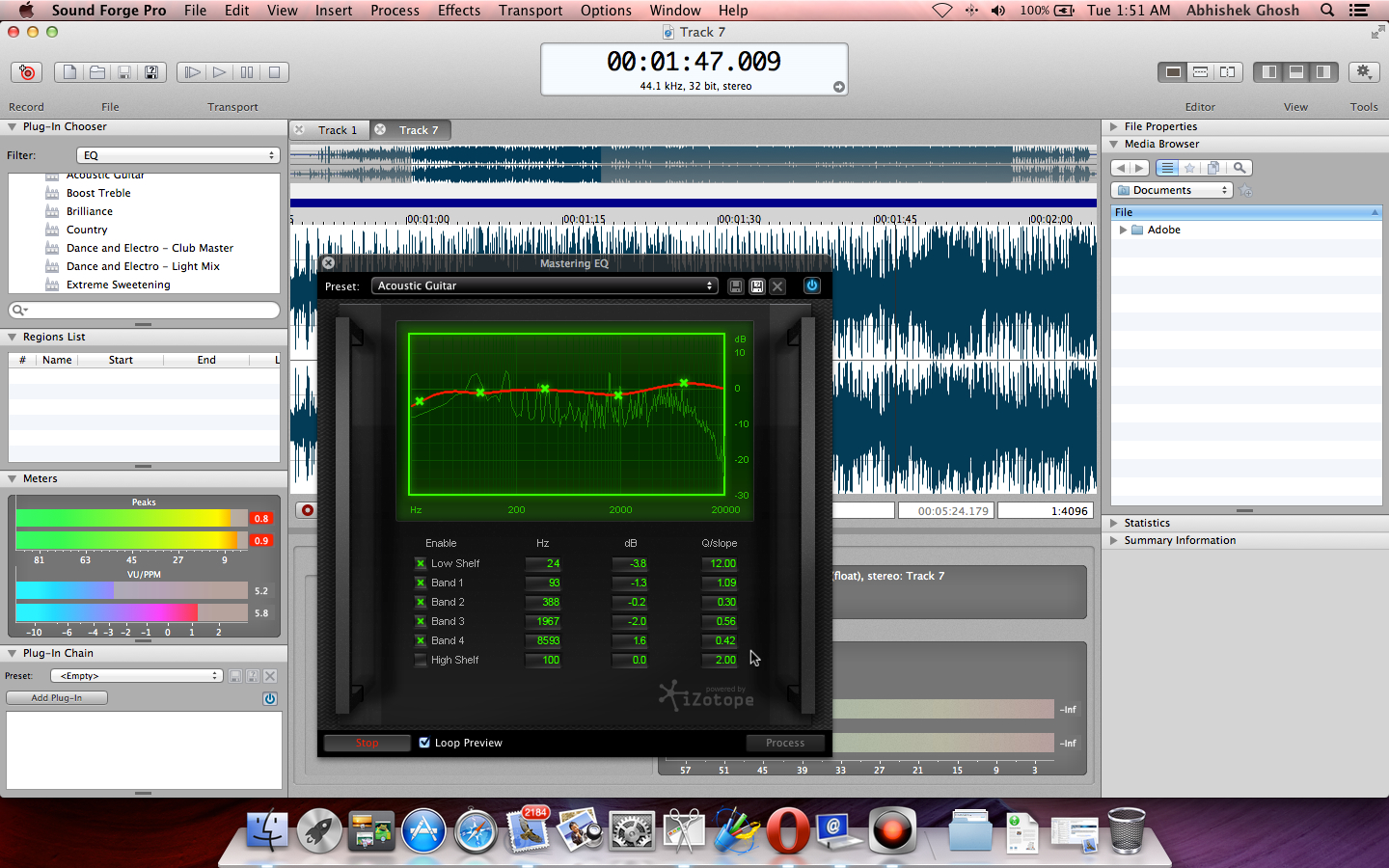 It is never possible to write a complete tutorial on a professional software like Sound Forge Pro Mac, each EQ filter will take around 700 words to properly write as a guide. It is just a small startup guide for those who want to use the free trial version of Sound Forge Pro Mac.

This Article Has Been Shared 831 Times!