Advertisement
You are here: Home » NoSQL : History and State of NoSQL Movement
Advertisement

NoSQL is now officially active for four years. NoSQL database has already proved more than satisfactory in some fields. Many things have happened around the name NoSQL and it is difficult to draw an one line conclusion : NoSQL databases have failed or succeed with their mission. Universities are beginning to understand that NoSQL should be increasingly taken into account in computing courses. This does not mean that the relational databases are wrong or bad, NoSQL is a perfect complement to the traditional relational world. Previously we published an article on technical part of NoSQL.

NoSQL space has exploded in just 4-5 years to 150 new database, listed in the list of available NoSQL database website, there are also ancient fossils such as object database. And of course, there are database like CouchDB and Membase that led to the birth of CouchBase. As in any area of computer science there are many gaps that have arisen in connection with all these databases, but the development of a new generation of database is in line with the explosion of the Internet, many other big data technologies of the future lead to larger stock of data and different requirements regarding their management. The most important thing is that, many of these databases are surviving the test of time and are flourishing in the open source space, even when there are no major investment behind or support.

Another important point concerns is the visibility and adoption by the enterprise sector. In this space we can see a big difference between the old industry – protecting past investments and the new industry, consisting roughly from startup. Almost all well-known startups in the sector like Pinterest, Instagram, etc. has set up a hybrid architecture, while the old guard still fight for the adoption of NoSQL, not without difficulty. All the fuss in turn leads the market jobs skills related to architecture of NoSQL. In this regard, a recent survey showed that the new skills required by a developer by the industry which are related to HTML5, MongoDB, iOS, Android, mobile app, Puppet, Hadoop, jQuery, PaaS, and Social Media. Among the requirements there are two most popular NoSQL database. 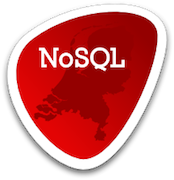 Apart from all these data, one of the sign that testifies to the great adoption of NoSQL database is that, these databases are becoming a constant in the world of Platform-as-a-Service. Thanks to the ease in configuring and managing these tools, databases such as MongoDB meet in tens of PaaS services, as for example Cloud Foundry, OpenShift, dotCloud, Jelastic, etc. Since the adoption of this type of services increasingly high is to be expected that in turn the scenario cloud face towed to the database usage NoSQL. This ability to choose a model of alternative database is important because it brings together to reflect on the requirements of its architecture and of its own, when you are to choose between MySQL / PostgreSQL and MongoDB / Redis.

This Article Has Been Shared 540 Times!

Articles Related to NoSQL : History and State of NoSQL Movement