The biggest advantage of using Dropbox is that, it is free. By the way, Dropbox itself is going to deliver a dedicated music service. Dropbox actually can not be compared with Akamai or Rackspace Cloud Files if you are using the streaming url or using API based call to play privately hosted files. With Dropbox everything is public and basically if people discovers logically can bring a DMCA. Probably that never happens though. Speed is slower than Akamai or Rackspace Cloud Files but faster than YouTube streaming ! Dropbox uses Amazon as IaaS.

First upload it in Dropbox Public Folder and copy the full URL : 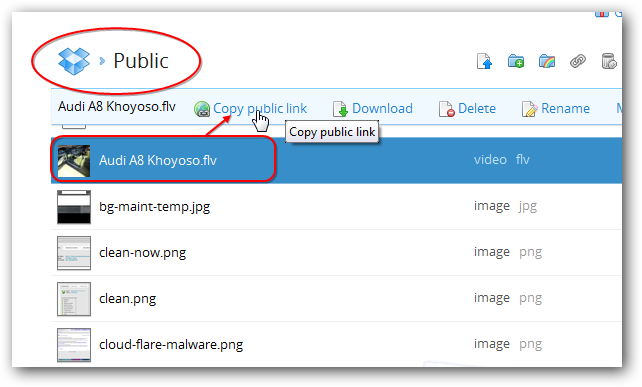 Open VLC Player, for example on Windows PC, Press Command + N  on Mac or CTRL + N on Windows to bring the Network Protocol dialog box and paste the URL : 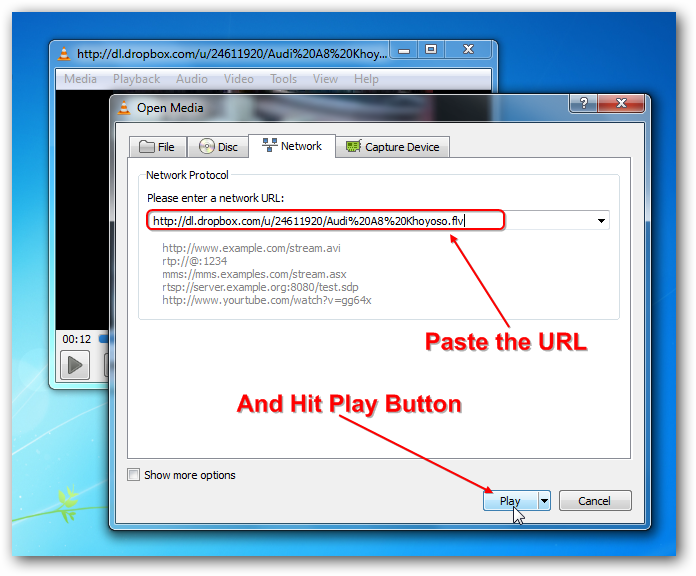 As you can see from the above screenshot, hitting the Play button after pasting the URL will load the video or music and will start to play.

This Article Has Been Shared 340 Times!