For GarageBand, you can read this KB :

The Guitar Amplifiers or Amp has advantages even with Mac with GarageBand and electric guitar – the signal of the instrument is conveyed via different type of cables like USB cable (which makes it a MIDI device) or via a radio apparatus. The guitar amp is not only amplify the sound neutrally in case of electric guitar, but also contribute significantly to modification of sound. The musicians often considers the guitar amplifiers as part of their musical instrument and uses it to give various effects -kind of artistic distortions can be made. Basically this was the primary reason to develop the combo – historically it is a part of starting of Jazz period, people had less computing devices than now.

Guitar amplifiers can be classified into the following categories : 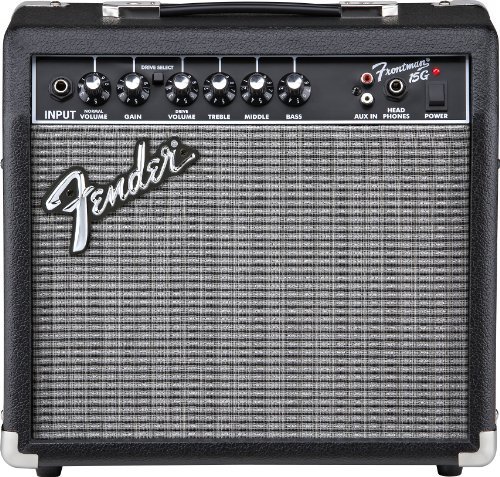 Combo amplifiers (abbreviated Combo) has both the electronics part to amplify the sound and one or more loudspeakers mounted in a common housing. The first early guitar amplifiers were mostly of this type as there were no computers or iPads. The output power moves generally in the range of 5 to 100 watts. Combos with even smaller output power can be supplied from a battery part. They are well suited for practice and game locations without AC power.

Mini amplifiers or mini amps has the only the amplification part. With tube amplifiers circuit to amplify the signals, vacuum tubes are used. Although nowadays rarely tubes are used in electronics (due to size, weight, heat generation, lack of long-term stability and complex power supply) that on guitar amps is used because of the special transmission characteristics.

Digital signal processors are used to simulate the behavior of tube amplifiers, they can have very high quality costly extra things. These are the basics about Guitar Amplifiers, possibly enough for the starters.

This Article Has Been Shared 502 Times!