Photoshop Actions to Add Effect : Get Started By Downloading and Installing Them

deviantArt is biggest resource on this Earth for Photoshop Actions :

Download the zip file or action file. If its a zip file uncompress it. The basic way to install them is to copy paste or drag them in the actions folder. For example in Mac you have to drag and drop here as shown in the screenshot : 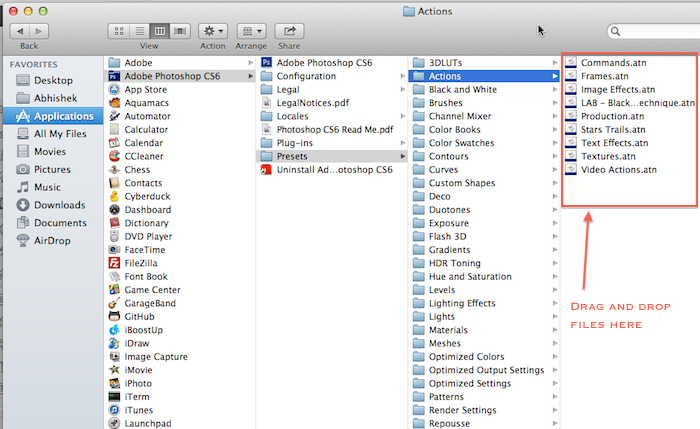 For Windows, search with “Actions” folder to get the folder’s location – it can differ among versions of Windows. Windows has great search tool (they claims), unlike Mac, it can take half and hour to search it. Best way is to search in Google with phrase like “where is the Actions folder of Adobe Photoshop CS X is located in Windows Y“. X and Y are the variables. Adobe Photoshop was developed for Mac not Windows. That is why it has resemblance with old Mac OS ‘s GUI. It runs somewhat slowly on Windows with same spec of hardware because of emulation to run it. So the folder location basically will be the same – under Plugins folder under main PS Application folder.

Photoshop Actions to Add Effect : How to Use Them

First you dragged and dropped the .atn file in the right folder, then if Adobe Photoshop is running, you have to restart it. Here is your Actions inside Adobe Photoshop CS6 : 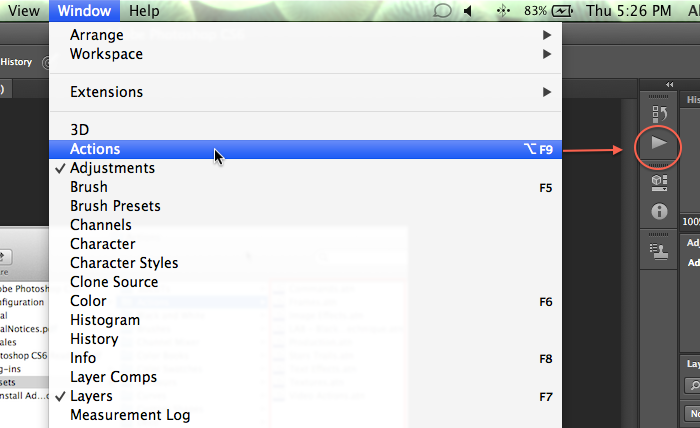 Obviously you can either use the Play icon or can use the keyboard shortcut.