Creating HDR Photograph with Adobe Photoshop is easy those who only have one exposure digital photograph. Image RAW or exposure bracketing will make it better. But we will take that you have taken only one photograph with the option to save as JPEG / JPG high quality image.

Creating HDR Photograph with Adobe Photoshop follows the basic principle we described in the article on High Dynamic Range (HDR) Image and Photography. It is important to know about Autobracketing and Automatic Exposure Bracketing (AEB) and Metering and Exposure. We expect that you are using a pro grade DSLR and have a standard level of experience. Obviously you will get multiple image RAW files.

But – even if you do not have a DSLR or the photograph’s format is a compressed format like jpeg, still you can use the method. So, DSLR users with the right method, as an extra step, have to convert the images to JPEG or PNG first. That can be done on any advanced image editing software including Adobe Photoshop.

For advanced mobile camera and basic digital camera users – you will find a setting named EV. You need to take multiple shots with different EV value.

As the process demands the image to be exactly the same with different exposures, using a Tripod with proper tripod head is advisable.

Now let us move towards Adobe Photoshop. We are using a MacBook Pro 15″ Retina with calibrated Thunderbolt Display and Adobe Photoshop CS6 Extended. Adobe Photoshop screenshots are almost same for Windows version and Mac (Actually PS was developed as Mac only).

The basic criteria of the image is to have a wide bright and dark areas. Otherwise it will not get the HDR look you want. This Creating HDR Photograph with Adobe Photoshop is actually a requested article, a detailed video guide will follow soon.

We have used this Photograph from deviantArt for this tutorial. There are reasons to select it. First, the photographer has declared that HDR has not been done, second; you and we – both can get only the jpg file by clicking to enlarge and then right click to save it.

There are many websites and YouTube videos, who shows the methods not declaring one point – where from the photograph is. Its obvious that, if I use my Photograph, I will use a perfect camera setup. I can obviously tell you the lie that I am using one exposure photograph. There will be remarkable difference in the end result.

Open the the photograph in Adobe Photoshop and duplicate it as new document three times. So there will be four separate documents opened. In Adode Photoshop there is a tool for increasing and decreasing the EV :

The usual rule is to create three images with three exposure values. Once you have made one part that is dark a bit more exposed; merge it by hitting Command + E keys. You might love to change the tones a bit too. I used Blue Filter for the underexposed (that is by decreasing EV) one to make the sky more poetic :

But the building is looking bad. The target to over expose is the details of the darker areas. I added warming filter (LBA) : 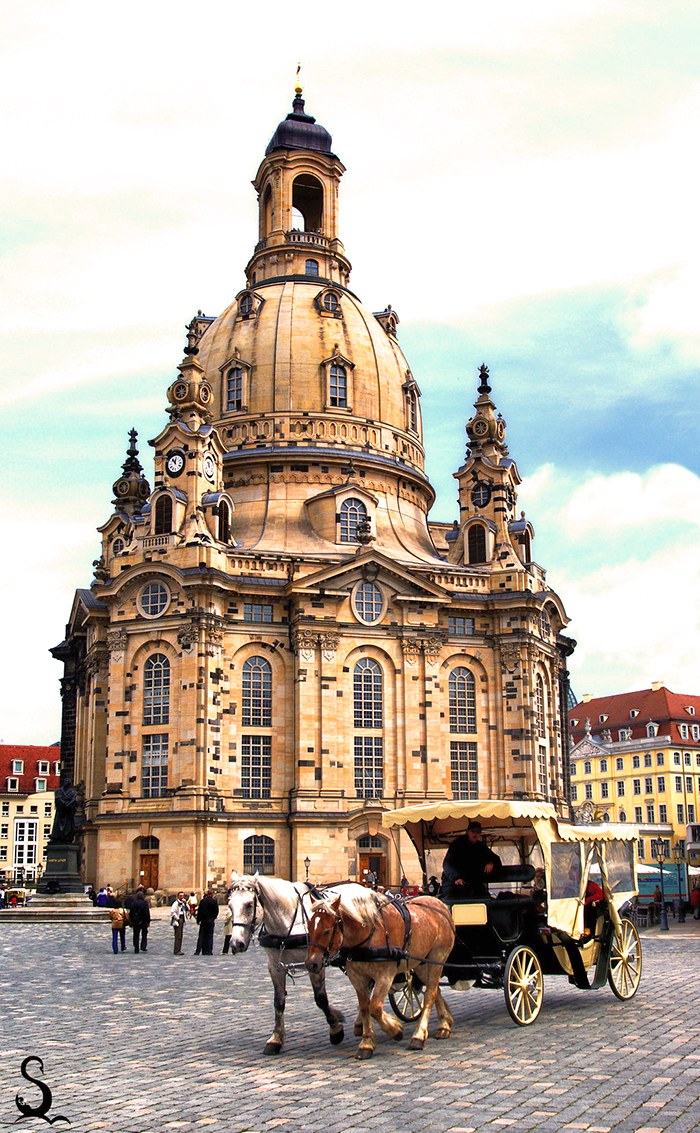 This is done for a little golden effect. I added a small Lens blur effect on the third Photograph. Then all three were duplicated over the first image as layers and the final result :

What I did in the last step that made it looking like this ? I right clicked and blended the layers with various effects – Multiply, Darken etc. with decreasing and increasing the transparency over the original last bottom layer. After that I added another layer to increase and decrease the contrast. Then I probably used eraser to adjust to get something closer I imagined, then I …I have forgotten – forgotten because, there is no hard and fast rules in Adobe Photoshop. There can not be any tutorial that can actually make another image looking exactly in this mood. We have to adjust as per need. You have to practice with various filters, effects and blending.