Advertisement
You are here: Home » Azure IaaS and Impact on Marketshare by Amazon and Rackspace
Advertisement

Azure IaaS is possibly the most important move on Cloud Computing IaaS market by Microsoft Azure in 2013. Unlike Rackspace, they have kept a free trial tier. Copy-Paste writers and general audience are getting much more similarity of Azure IaaS with Amazon; but the fact is – the real danger can be of Rackspace as the sole market leader of the specified segment for wider choices.

Microsoft has the advantage like Google of not being fully dependent on Cloud Computing related business. Amazon although has a greater revenue from Cloud, definitely has alternate ways of earning. In fact, Google’s latest tries to become closer to the publishers, promoting YouTube-AdSense more, more frequent blog updates, Google Glass etc. are showing a kind of “I will remain in the game, but will not play” attitude.

Azure was actually born as a Platform as a Service and there was no ability to manage the infrastructure directly. Microsoft has 8 data center in the World. This is a definite big advantage over the others because of peripheral location of the datacenters. Rackspace definitely outnumber anyone by number, quality, size of datacenters on this earth; but Microsoft’s inherited OS based crawling to the consumer is not present to anyone. Now after seeing the blues (or real azure) of OpenShift, Heroku, AppFog – they thought to move slowly to hybrid cloud market via IaaS, competition is less as a starter company can not open own IaaS. OpenShift specifically started to take a big market share of PaaS. Relying on dream that Red Hat will fail is probably unimaginable for Microsoft.

The trial of three months / 90 days gives you access to 750 hours of computation power, which requires credit card and cell phone, just like HP Cloud started before. We tried to use the service, by launching a virtual instance and wandering through the dashboard to understand how Microsoft had thought the organization of all the elements that we already see in Rackspace, the monitoring of the instances. It has more similarity with Rackspace / OpenStack structure by function than Amazon. By outer look, it will appear a kind of blue version of orange Amazon.

Azure IaaS and Impact on Marketshare by Amazon and Rackspace 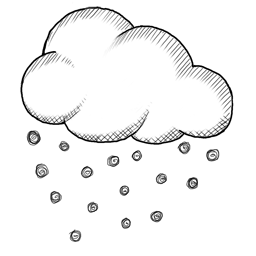 It was expected that the features of Amazon, Rackspace, HP Cloud will be ported to Azure just like Microsoft ported OpenVMS along with the wallpaper to create ‘new Windows that hang less’. Because the person who ‘ported’ OpenVMS is now leading Microsoft Azure. The pricing of the instances of IaaS remains unchanged for all data centers in the world, Microsoft is separated from the logic of Amazon that every region often has a different cost for each hour of computation and storage. Rackspace has fully different control panel for shifting the choice within US or UK.

Still now, the quality or way of copying / implementation by Microsoft is definitely not to the fullest. It appeared to us from various reasons, Rackspace is thoughtful whether to go with Microsoft or take the side of Google. From practical point, Rackspace has nothing to do but behave like an employee by sticking with someone – either Microsoft or Google. Microsoft is well known to ditch the ‘partners’, be it big or small. Apple Inc. does not care about public service or run behind a new business. Although the fake tale of show business – Apple versus Microsoft , runs quite well. Apple nearly pushes Microsoft Office over Open Office. Their Bootcamp is made for Windows. Apple has a segment of premium customers plus this fake ‘versus war’ generated clients. Microsoft Arc mouse and other hardwares has official driver software for Mac along with logo. Both of them creates a situation as if – except Windows and OS X or rather Microsoft and Apple there is no computer OS.

So logically, like extramarital relationship, Apple and Microsoft has something – fully for exploiting the market. Now come to the point, with whom Microsoft can have such hidden relationship ? Definitely it is Amazon. Amazon is their enemy to show and Rackspace and others including all OpenStack users are target to be killed. It is not a question whether Azure IaaS is good or bad, Microsoft knows to copy the best ways and push their worst products.

This Article Has Been Shared 946 Times!