Round-trip delay time (RTD) is the time that a data packet in a computer network needs to travel from source to destination and back again. It is the sum of the spent time from point A to point B and the duration from point B to point A. Associate the previous article on Ping or Packet Internet Groper. This method of measurement is therefore much more commonly used in the practice of network technology as the (measured in one direction only) latency (or lag time or “delay”), because it does not elaborate time synchronization of the two involved devices. In Round-trip delay time (RTD) measurement, it is to be noted that, in many cases by asymmetric routing (e.g. due to BGP policies ) unbalanced delay times can occur and half the measured Round-trip delay time (RTD), so it does not necessarily provide a good approximation for the time delay in one direction.

Round-trip delay time (RTD) for example is used in the Transmission Control Protocol (TCP) to determine when packets should be sent again with no acknowledgment. This measure serves to adapt the available transport capacities at varying load conditions. An easy way to determine the RTD is to measure a number of parcels the time difference between release and receipt of the confirmation and then to average over several measurements.

Packages that had to be sent multiple times (timeout) should be ignored in the calculation, since it is not always clear which package was in the confirmation. Contrary to the definition in the introductory section, the RTD is therefore not usually measured with a back and returned package. Instead, one usually measurement is done so that host A sends a special packet to Host B (such as ICMP ping), host B immediately sends back a response packet to host A. The time between transmission of the first and receiving response packet is then the RTD. This minimal difference is naturally rather academic in nature and plays a role in most, if sending the response packet from host B is significantly delayed, for example by greatly increased CPU load. End users can, for example, with the tool, do RTD Ping measurements, which is included in most modern operating systems.

The RTT was originally estimated in TCP by: 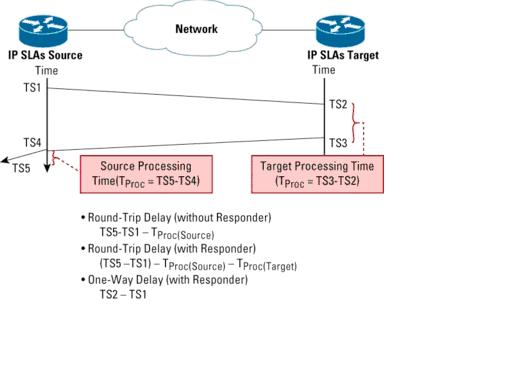 An user can determine the Round-trip delay time (RTD) by using the ping command. There are difference in Ping and RTD though. Ping tests paths in the network and the routing in the network and returns the status usually in the form of ICMP error messages, packet loss rates, sequence numbers, information about packet sizes / fragmentation, time-to-live, including the round-trip time (round trip time) from (the exact information depends on the used ping program or operating system). Who wants to measure the RTT sense should not rely on Ping alone, by ping ICMP protocol in many networks over standard TCP traffic is routed or prioritized differently.

This Article Has Been Shared 796 Times!