Macbook Pro Trackpad erratic cursor dance is quite common and here is the fix for the most people’s issues. Whatever you do, get an external mouse first. I heard that Macbook Pro Trackpad or even the solitary one behaves like a full fledged alcoholic girlfriend – it is very difficult to describe, if it was a MS Windows, the definite diagnosis would be getting a virus. There is practically no question of virus or malware in an updated Mac, at least for this issue.

Very honestly, the problem was fully accidental but it shows up how to reproduce it (pun intended). The sign-symptoms of Macbook Pro Trackpad erratic cursor dance disease are quite painful – you’ll see the cursor is not doing what you want, instead as if a Spirit has entered the room and making various gestures on your trackpad – it starts from double click to opening of all sort of things which has a gesture – Lauchpad will open in front of your eyes, Notification center will get manipulated – simply think its a situation where you practically lost the control via Trackpad.

Now what was the situation which reproduced the Macbook Pro Trackpad erratic cursor dance disease on my MacBook Pro (the regular readers might ask which one – its the Retina one, it possibly do not matter which stomach the alcohol will go). Lot of peoples have written their own experiences, but mine was quite good to come to some conclusions :

The Macbook Pro Trackpad Erratic Cursor Dance Fix Disease started after this thorough cleaning. Hookup a Mouse and untick all the options which makes the Alcoholic to dance more badly :

You can try those PRAM, whatever you want, but it is unlikely that they will reset or solve it. Trackpad is basically very sensitive thing, a small dirt or moisture can spoil it.
By the way, normally there can be some permission issues, it has nothing to do with dancing : 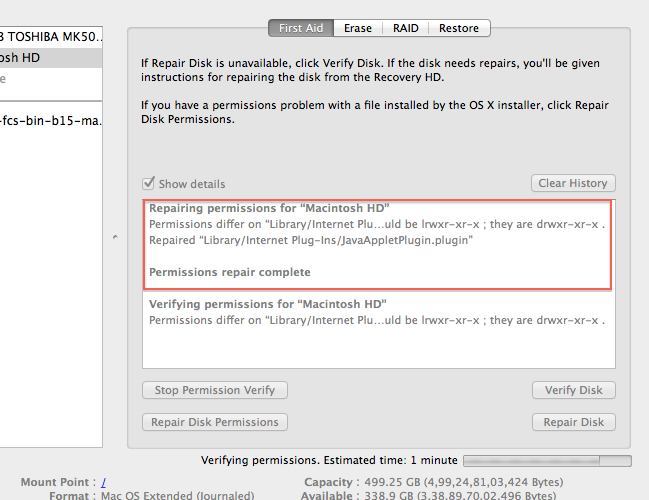 Apparently it is a hardware issue. Somehow the dirty moist thing goes inside and starts the problem.  May be it happens very slowly, we miss or OS X manages the overriding somehow. So, actually if it is fully acute problem like me, keep it shut down for a longer time to avoid a short circuit – long standing disease possibly leads to some sort of sort circuit. People obviously get angry, keep the MBP ON and try various ways – until its getting fully moisture free before the issue becomes permanent, its better either to go to Apple’s Store and claim replacement – I am fully sure, still they have not discovered the fact – it happens due to partially due to our defect – its our hand that drags the dirt with moisture. In case of opening the Notification center, there is enough chance to drag dirt in that uncanny cleavage of Trackpad. John Richardson gave more funny description :

He considers it a software issue – well, as in his case it appeared in a situation it was difficult to predict – but I clearly knew, its not the removing software part for me which has created the problem – its I, who is the donkey who dragged the moist dirt to the Trackpad’s sexy cleavage. Definitely, its not really expected with a $2000 notebook computer to face such odd issue. May be they need a redesign to avoid the micro level spillage. As mine one is not fully dry now, the cursor tried few times to dance – but giving 3 finger pressure from each hand on the sides of Trackpad, almost immediately making it to calm down. I am wrote it, but do not it while the Mac is running. Somehow it temporarily fixes but longterm result can be bad.

In cases not responding to this treatment will require full replacement surgery – you’ll need a new Trackpad. It can happen that in some models, very very minute amount of such insult can evoke it. Anyway, we made a video later, many found it to be useful :

Software reset possibly reset the some amount of intelligent override to keep the Trackpad smooth. Apple had Glue issue with older white notebooks. I can still recall the bad smell of adhesive after a decade or more !