Advertisement
You are here: Home » Cloud Based WebApp for Patient Interview : Prototype
Advertisement

Cloud Based WebApp for Patient Interview can be conducted over the Internet and we will consider the advantages and disadvantages in this context. The development of information technology in recent decades has led to changes in many industries. Even the health is affected by this and terms such as eHealth and telemedicine, which since the late nineties, underscoring this change. However, in the context of the health and IT, concerns can arise. The current debates on systems such as the electronic health card (health card) are a good example. Here it is clear that considerations on the use of IT must be carefully weighed and considered from several sides in the health field is always in order to ultimately culminate in a successful implementation that satisfies all the sides of the patients.

Cloud Based WebApp for Patient Interview : Objectives and Delimitation

The aim of this article is to discuss the feasibility of a patient interview conducted over the Internet and to consider the advantages and disadvantages of a digital implementation of the patient conversation in this context, as this is open to the general users – anyone cast his/her opinion and will be bias free of Health Service Providers/Professionals.

The feasibility of this project will be cited by giving some typical requirements of such applications. The focus will be on the technical side. References are omitted such as for legal framework regarding the legal and ethical issues, as this is not an academic paper.

Cloud Based WebApp for Patient Interview : Why Cloud Based?

Mere porting a traditional WebApp does not makes a perfect Cloud Based WebApp, their are certain points for being a good Cloud Based WebApp like we described in Characteristics For Being a Cloud Application. It has been quite normal to see various type of productive and serious Cloud Based Apps – like Keyless Door Unlocking Mobile Cloud Based App. It is quite natural that, in this age; where a trained medical professional is not available or risk of moving the patient outweighs the benefits or the quality score of the trained medical professional is not available (which is practically never measured, although should be), a pay as you go low cost model can benefit the patients from both economic and practical health benefits.

Major disadvantage is however is the risk of leakage Privacy of data, which possibly can be reduced by using encryption technologies.

Cloud Based WebApp for Patient Interview : Requirements for Application 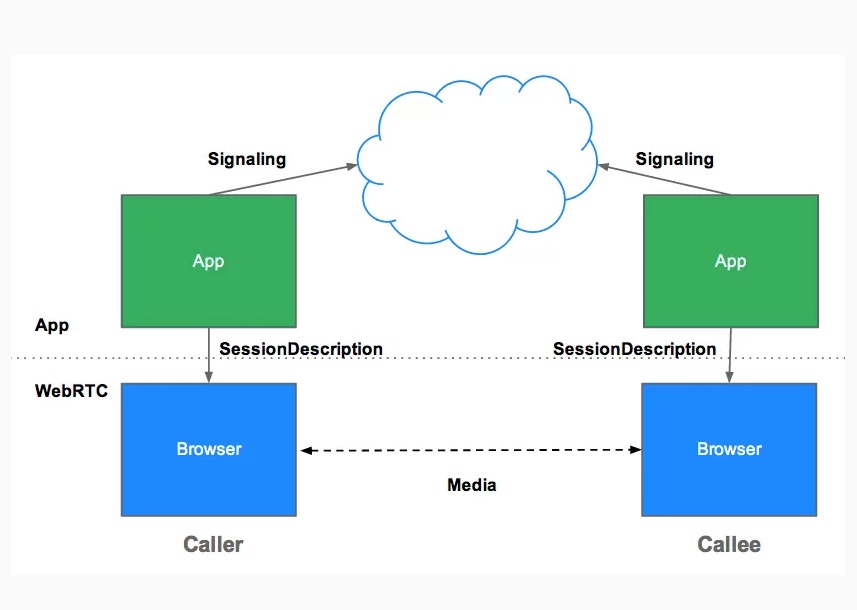 An application for online conversation can not rule out the possibility of simple communication. Therefore, this is one of the most important requirement for the prototype, that it a video chat. With a Video Chat many parts of a patient’s classic call can be met. The digital environment of such an application requires links to sites to be inserted. One possible problem could be that the microphone of one party does not work. Both problems can be addressed with a text chat. It is therefore very important for such application that includes a text chat functionality. This ensures that the most important part of the patient interview, the interview itself, you can always take place as soon as the connection of the two participants through the Internet with minimum peripherals.

The classic chat can run on a server, which acts as an intermediary for communication. However, this would mean that in a video chat, that large amounts of data need to pass through this third point. The fast transfer of such large amounts of data is never simple. The path across the servers mentioned as the third point would therefore not improve the transmission speed. It is therefore advisable to transfer the data to the online conversation in the most direct way from one client to another. Such a direct connection is called a peer-to-peer connection (hereinafter called P2P connection). It provides the positive side effect that the sensitive patient data do not run in the addition hird point where privacy could be compromised. The prototype must be able to show that it can build a stable P2P connection.

Today, the medical record is already stored mostly digitally. When using an application for an online discussion, it should be possible to access during the call. Similar to the prototype it should be able to demonstrate the call to the file.

In the course of a classic patient physician conversation, often appropriate medication is required handy. This possibility should also be considered in the digital world of online conversation. In a market-ready application of the recommendation mechanism can be connected to a medications’ database from which the physician could then easily recommend the appropriate medication. The prototype itself does not need to come with a large amount of drug names, but should present a recommendation mechanism to convey the idea behind it.

A major disadvantage of the online conversation is that the patient is not physically in the same place as the resident doctor is. The physical examination is reduced to visual possibilities. In addition, many areas of the body can be difficult to show without contortions in front of a webcam. To circumvent these problems to some extent, the caller should therefore have the possibility of mapping a virtual body of certain regions during the online conversation.

To participate in the online conversation, both parties must have a computing device with webcam, microphone and speakers. During a conversation, sensitive patient information is exchanged and discussed. Participation by unauthorized third parties, therefore, must be excluded.

Practically this is a very simple example :

This article has content from My own solo research work.

If you are an amateur coder, you can contact the Author for joining Free Health Foundation – a community driven Open Source Healthcare hardware development with softwares licenced under GNU GPL 3.0 (or later) project with software components for developing practical free serious health devices.

One copy of this article can be downloaded as pdf from the link below, Licensed under a Creative Commons NC ND License with no re-publication rights, part or in full to any domain on the Internet.

Image has been used from html5rocks.com with fair intention of usage. We have no copyright over the image.

Articles Related to Cloud Based WebApp for Patient Interview : Prototype