Cloud App : The Bias is for lack of unbiased definition of SaaS and Cloud itselft

You can easily disagree to the question, that application can not be a Cloud App – it is simply running on a Cloud Computing platform.

As we pointed before, like Richard Stallman in GNU.org pointed, the definition of Cloud Computing is not very clear from NIST. SaaS adds more confusion as SaaS existed even before the advent of Cloud Computing.

We have accumulated a set of prerequisites for an app being a Cloud App to make a kind of checklist for this apparently vague terminology – Cloud App. Sources are mainly VMware, Oracle and Microsoft’s various whitepapers published on this topic. There is a book named “Cloud application architectures: building applications and infrastructure in the cloud” published in 2009, written by George Reese. You can read the book here :

Cloud App : Characteristics For Being a Cloud Application

VMware has a webpage named 5 Characteristics of a Modern Mainframe Cloud App :

They possibly tried to define, but from the middle it became a kind of complicated article. Technically, Characteristics of an cloud app should take the full advantages of cloud computing platform, that directly means, the applications should have : 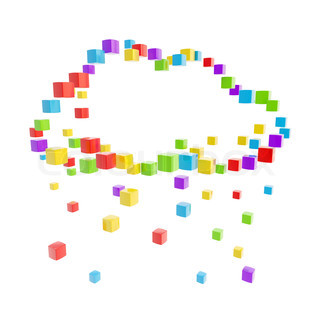 So, how many Applications are truly Cloud Apps ? Or rather, how we can coin an application as tradition App ? WordPress is a traditional web application, but its database can be made scalable. WordPress has API. If its hosted on a scalable platform, it will behave like having scalability. WordPress is not actually compatible with Edge Computing framework by default. We render or rather work to make WordPress running faster with high redundancy. Practically there are very few applications which actually meet these criteria. When there is an old MySQL database behind, it can make it less elastic. JQuery based apps are mostly fulfills the criteria, web crawlers, data mining softwares suits the definition.

This Article Has Been Shared 749 Times!

Articles Related to Cloud App : Characteristics For Being a Cloud Application