Advertisement
You are here: Home » Creating an iOS App for Your Self Hosted WordPress
Advertisement

Creating an iOS App for your Self hosted WordPress is neither very easy nor very difficult. We will provide you some resource to build the client iOS App. This is the third part and is the continuation of Blueprint for Creating an iOS App from RSS Feed. This is not a very easy, on the flick work, because we want that you understand and create a custom good iOS App. To help you, as the second and for the most difficult part, we already gave solution – Creating RESTful API for Your Self Hosted iOS App. This is why, creating an iOS App for your self hosted WordPress, for those who know minimal about programing, is not really tough too. The thing that we are missing or rather have not published yet, is creating the Web Server Application part. However, with these two guides, you can at least test your Blueprint of thought. If you can create and integrate with the API part rightly – basic is already done.

Creating an iOS App for Your Self Hosted WordPress : No Shortcut to Hard Work

What we are showing you through these series of articles, is the basics of creating an iOS App, be it for your Self hosted WordPress or any thing; is not a shortcut, there are lot of great website exists to show you the shortcut, but they can not tell you – the control of API by own server is the biggest plus point, for which they basically redirect to some third party. We want that, what you will know should be solid.

Creating an iOS App for Your Self Hosted WordPress : Actually Shortcut Exists for this Part 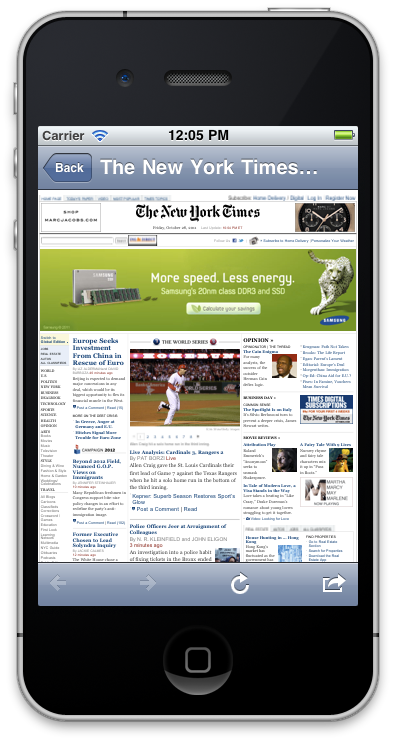 You possibly started to think that we will say you to code manually line by line? You are wrong! Obviously, some shortcut must be followed! The shortcut is nothing but using some Prototype, Free Open Source App and customizing it on XCode on your Mac. If you search on GitHub, you will find lot of such prototype applications! They are really great and quite easy to customize yourself !

Tagged With ios wordpress self hosted

This Article Has Been Shared 265 Times!