Basics of Memorandum of Understanding or MoU

Formal alternative to a gentlemen’s agreement is Memorandum of Understanding or MoU. It expresses a convergence of will between the parties, indicating an intention to undertake a common policy. It is often used in cases where the parties do not wish to undertake a legal commitment or in situations where the parties can not create a legally binding agreement. Many companies and government agencies use MoUs to define relationships between departments, agencies or companies.

In practical life, you might hear, some company’s director is stating that – “We have signed MoU with the Government”. MoU is more towards business relationship for using, sharing or allowing to use the resources than towards core political agreement.

Memorandum of Understanding or MoU in Networking and Technology 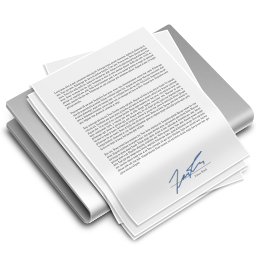 The Number Resource Organization (NRO) is an unincorporated organization uniting the five RIRs. It came into existence on October 24, 2003, when the four existing RIRs entered into a memorandum of understanding (MoU) in order to undertake joint activities, including joint technical projects, liaison activities and policy co-ordination. This is an example of usage and importance of MoU in Networking. A regional Internet registry (RIR) is an organization that manages the allocation and registration of Internet number resources within a particular region of the world. Internet number resources include IP addresses and autonomous system (AS) numbers.

As it is not possible to go to frank legal commitment, this kind of agreement is made.

Tagged With mou by ENS AFRICA

Articles Related to Memorandum of Understanding or MoU