Apart from business, as a consumer we often need to know some of these terminologies. For example, Non Disclosure Agreement (NDA), Service Level Agreement (SLA) are also important when we are using Cloud Computing Services.

Non Disclosure Agreement (NDA) is an agreement, which sets out the silence on negotiations, negotiation results or confidential documents. The issuer agrees information to made ??available to him/her will be kept secret. Unlike the trade secret, which is enshrined in law, there is contractual freedom.

A non-disclosure agreement may be unilateral or bilateral, that is it may bind only one party or multiple parties.

The term Service Level Agreement (SLA) means an agreement or the interface between client and service provider for recurring services. The aim is to make the control options for the customer transparent by guaranteed performance characteristics such as scope, reaction time and speed of processing which are described in detail. Important part of this is the quality of service, which describes the agreed service quality. 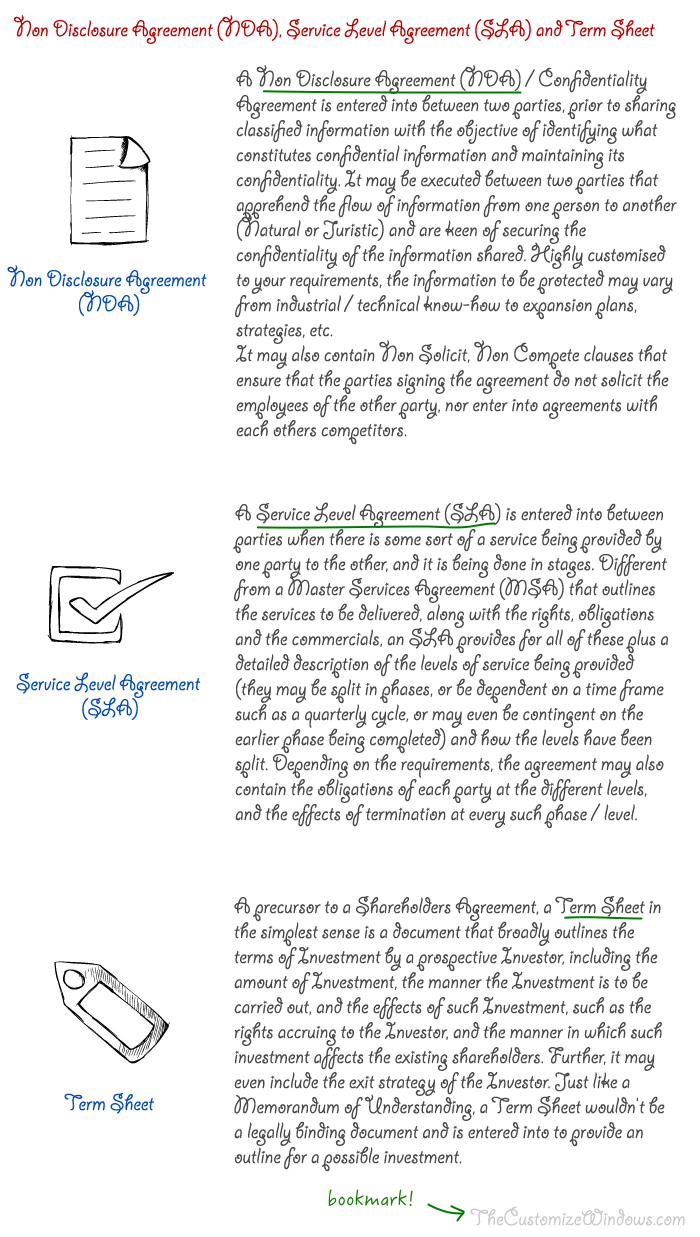 Characteristic of a SLA is that the service provider offers each relevant service parameters without being asked in different quality grades (levels), from which the client can choose option from an economic point of view. In a conventional service agreement, the service this contract design options are not offered.

A term sheet implies the conditions of a business transaction, as proposed by a party. It may be either binding or non-binding. Within the context of venture capital financing, a term sheet typically includes conditions for financing a startup company. The key offering terms in such a term sheet include (a) amount raised, (b) price per share, (c) pre-money valuation, (d) liquidation preference, (e) voting rights, (f) anti-dilution provisions, and (g) registration rights.