The term is commonly used to refer to the Unix-like OS, especially GNU / Linux, since these rely heavily on package management systems to automate the process of installing, upgrading, configuring, and removing software packages. It is a prerequisite for package management that the software the users are installing is present as appropriate packet, typically this is used by the operating system vendor, under the Linux distributions, created, offered and maintained.

Softwares are therefore typically distributed installed in different directories of the system. Changes which must make the package manager to install the package on the system are read and converted by it from the package. Package manager detects that the other software(s) is/are required for the functioning (so-called dependency, for example, a program library ), but it is not yet installed, it either warns or attempts to acquire software from a repository , reload and anticipate to install. If an installed application needs to be deleted, the package manager will then return the information of the package to change it based on its configuration and delete the files.

Let us first think about practical scenarios. So, it turned out that Apple App Store is the default different looking Package Manager for OS X. This is wrong to say, OS X has no Package Manager by default. But, in the way we know Package Managers – powerful usage via command line, that is practically not fully enabled, that is why we had to install XCode and Homebrew. If you are interested to learn the connection, you can read it :

Obviously, we can install apt-get package manager on OS X too. 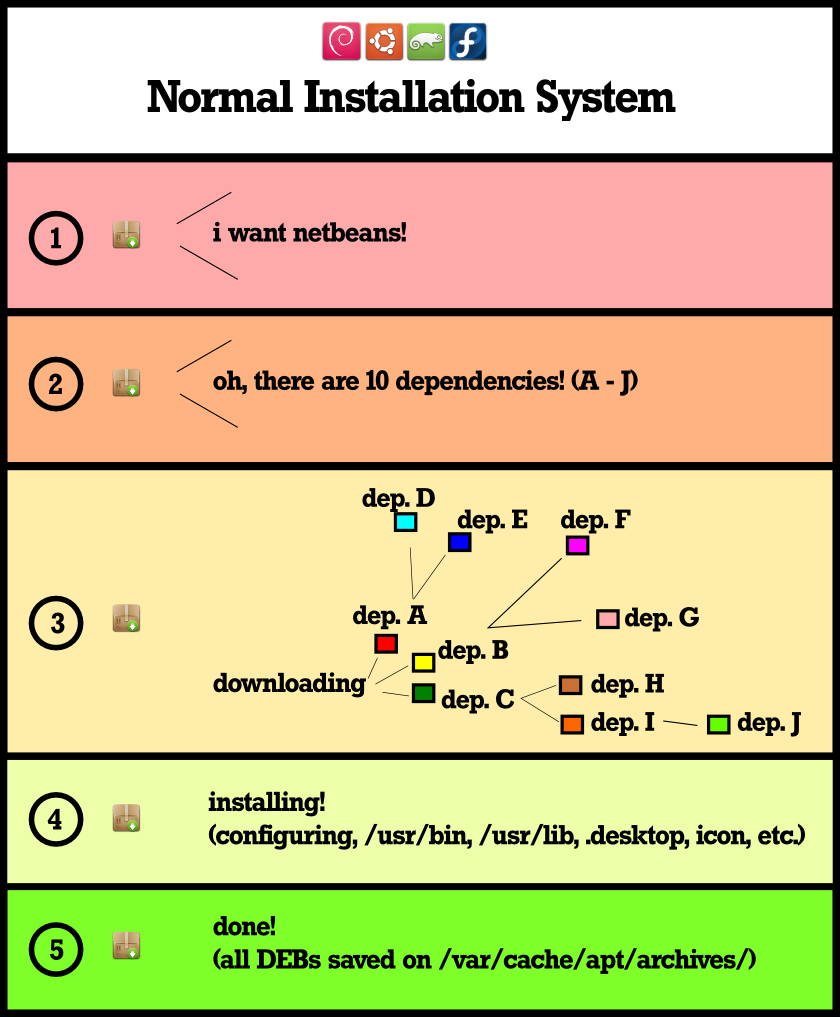 A package manager is :

Computer systems which rely on dynamic library linking, instead of static library linking, share executable libraries of machine instructions across packages and applications. In these systems, complex relationships between different packages requiring different versions of libraries results in a challenge colloquially known as “dependency hell” for Microsoft Windows. This is one of the reason of getting BSOD and various crashes.

A Package Manager performs some good works, including :

You probably heard about EasyInstall for the Python programming language, that is an example of Application-level package manager. Cydia is a frontend to a port of apt to iOS, maintained by the jailbreak community. There are different package managers like yum, pacman, dpkg, APT etc.

A packet contains the pure program files also information on where these program files are to be stored, what configurations need to be made ??to the existing system and in most cases, whether and if so, what software is additionally needed to make the program working. When you install the program files are unpacked in the package in the current or system to be installed, then are installation scripts run. There are several competing package formats that can be processed by different package management. The most important are:

For example, – yum relies on rpm as a backend. Yum extends the functionality of the backend by adding features such as simple configuration for maintaining a network of systems. It is possible to convert one package to another Based on Linux.

Articles Related to What is Package Manager?