There are lot of misunderstandings with Apache Webserver Software; which we believe to be the root cause of inviting other web server softwares; which are probably not so much tweak able like Apache. Later we performed a search on httpd.conf Missing issue and found to be a very common complain!

Historically, if we installed Apache2 via sudo-apt-get install command, we used to get an entirely different set of files and directory structures than if we download the binaries, unzip it and build it manually. If we download from the Apache site, we used to get an httpd.conf file. httpd.conf is usually the main configuration file for the Apache web server. This is the case for Red Hat Enterprise Linux (RHEL), CentOS and our OS X. But not on Ubuntu and certain deb based Linux.

So, now httpd.conf is usually non-existent on Ubuntu (specifically). It has been many versions ago since it was not used anymore, but still required for legacy reasons. As of 12.10 https.conf it is not there anymore. Everything is now handled from the /etc/apache2 subdirectories and conf files. The best resource for Ubuntu is :

For Apache, there is actually huge resource, it is so huge; difficult to remember where you were, if you were reading something and forgot to bookmark :

As Ubuntu, Debian or whatever OS is actually managing the HTTP server software with aptitude, practically; we should give preference to the OS manual over the Software manual (it is written for ALL). If you want to build in the traditional way, here is it :

Probably These Are Not The Reasons For What You Were Complaining About httpd.conf Missing or Empty

You were reading some guide, may be older; where you were following some tricks or tips and ultimately understood that your httpd.conf is either missing or empty. So, right now if installed with apt-get install; we have the file apache2.conf at :

We can add any new mod file and run : 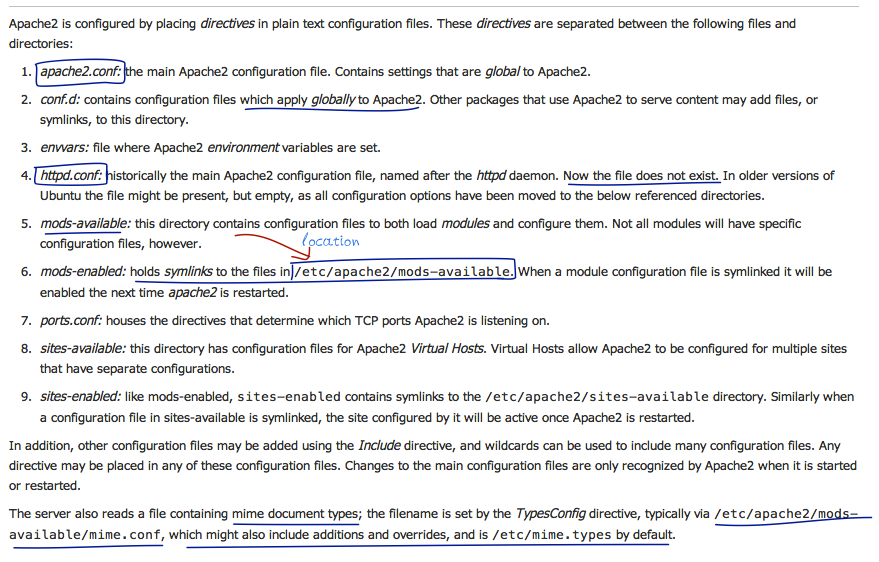 In order to enable it. Actually it keeps the things organized. If you want to use httpd.conf file (which is user’s configuration), edit the apache2.conf file and save it :

Now, a good thing for you :

We guess it solves the httpd.conf Missing or Empty problem.