Advertisement
You are here: Home » How to Run Rackspace Cloud Server Image on Local Computer
Advertisement

How to Run Rackspace Cloud Server Image on Local Computer? Will it not be great if we can run just a mirror copy of our whole server locally? Theoretically it is closer to the concept of Virtual Appliance. If you are used with the terminology, you can watch the video on Creating WordPress Virtual Appliance Guide.

Actually, the thing recently has been made official by Rackspace by feature. We are not describing the new method. For First Generation Cloud Servers, it is quite easy to run such image. But for the New Generation Performance Servers, in order to run Rackspace Cloud Server image on Local computer, you need to work and learn a bit more.

Actually, the mechanism is not so easy in the way we create a Virtual Appliance. The reason is security – it will be a dangerous situation if the system was not API based. There are huge number of basic questions and answers on Rackspace Cloud Server Image on official Website :

For security reasons, some parts are not exposed. Image storing is part of OpenStack Glance and OpenStack Swift. At emergency you will get the backup on request.

How to Run Rackspace Cloud Server Image on Local Computer

The hack to get the image was discovered by some users; if you go to Cloud Server Webpage, select the Images tab and create an on-demand image; in Cloud Files there should be the file there named like

You have to download the image to your server. The easiest way to do this on Ubuntu is to use Swift API based authentication.

When the download is done, uncompress the downloaded file (tar zxf myservername_YYYYMMDD_XXXXX_cloudserverZZZZZ.tar.gz.0). There will be the following files:

image.vhd is the thing we are interested, it has the root partition from the cloud server. We need to convert it to a raw disk image. 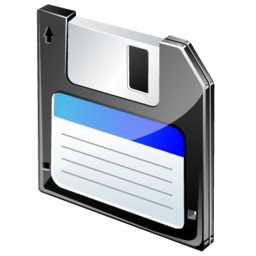 Editing the above is most critical.

Create a xen config file for your imported DomU :

Those who are using Performance Server or higher, they have more flexibility. However, that is a different story.

This Article Has Been Shared 243 Times!