Web IDE or Cloud IDE is a hosted Software as a Service where the IDE in installed on server which allows browser based software development. Previously, we talked about IDE or Integrated Development Environment in general. There are 3 major Cloud Computing Service Models, Software as a Service (SaaS) represents the portion visible to the end user, accessible through the Internet. So, if the source code / web software of particular type of Web IDE or Cloud IDE is available; then one can install on own server and use own domain name. This is like the difference between wordpress.com and wordpress.org. So, Open source web IDEs allow for installation on local servers or machines and can be used to give the developer more control over the development environment.

Usually web IDE does not sport all the features like that of a traditional desktop IDE, ut all of the basic IDE features, including syntax highlighting are typically present.

So a web IDE or Cloud IDE software, like the most server side software, usually composed of two parts :

The frontend is usually powered by Javascript, using AJAX methods to communicate with the backend using a HTTP API, in some cases, a browser extension or desktop application serves as the frontend without the need for a browser. The backend takes care of creating and saving the files, as well as running any terminal commands (if the IDE supports). This setup allows portability and continuity. The state of the IDE can be saved and reopened on another machine. This also allows for compiling or running programs to continue while the user is away.

There are many Web IDE or Cloud IDE, such as Cloud 9 supports several programming languages, while others like PythonAnywhere only support a specific language. Most web IDEs allow access to a Command line interface (CLI) that allows the user to install or run any software that is needed for development, allowing kind of full control over the development environment.

Advantages and Disadvantages of Web IDE or Cloud IDE 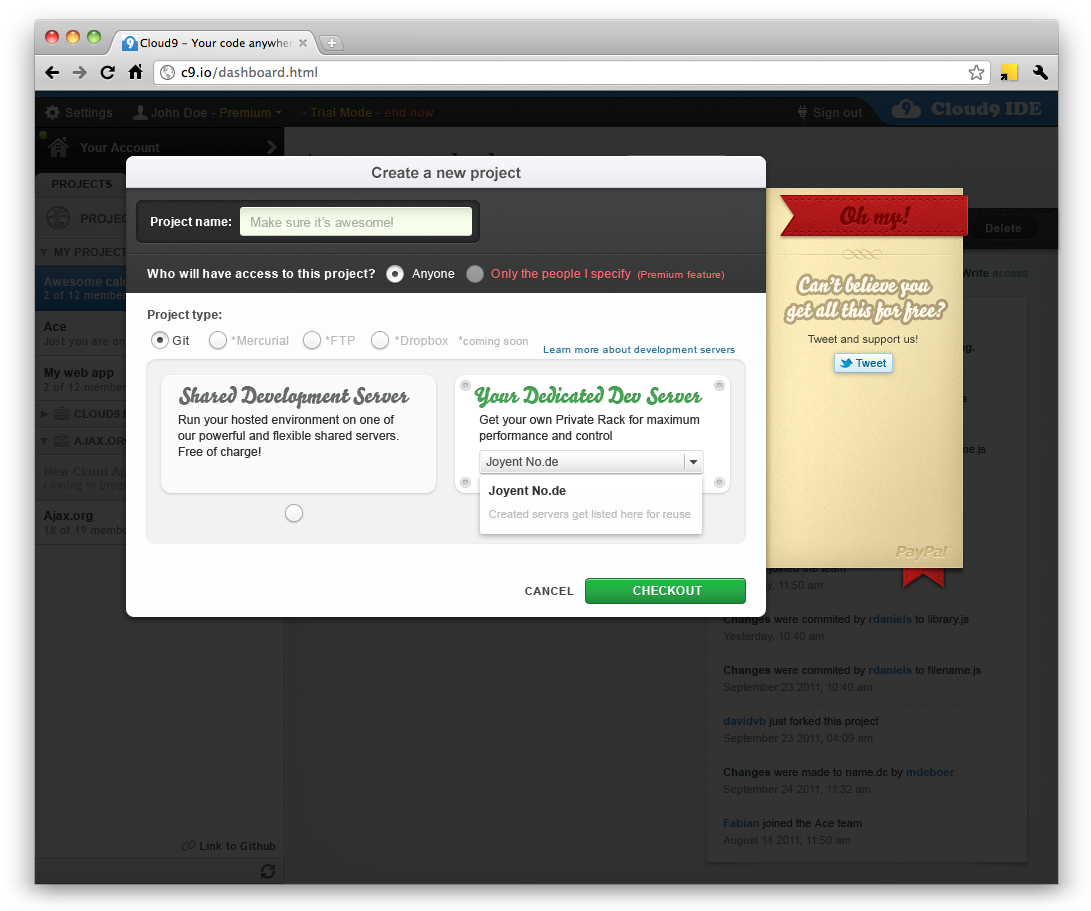 Advantages are like any SaaS – we can access an account from anywhere or any computer with Internet access, no or minimal configuration needed on local computer, it can be easily included in a virtual development environment. However the disadvantages are quite known, mostly related to SaaS – possible outside security issues, possible server downtime. poor support for smart phones or tablets.

Articles Related to What is Web IDE or Cloud IDE?