Here is how to list all installed packages on SSH on deb GNU/Linux including Debian and Ubuntu Servers over SSH. New users frequently need it as they forget what or which tutorial or guide they followed. It is not uncommon to read our one guide for one part, then searching for another thing on Google and following another person’s guide. It can happen that, one package was installed, but that is not needed anymore.

Copy paste this command on any text editor first, then copy to SSH and hit the return key :

copy-pasting will evoke the webpage’s URL to get copied to protect contact-theft, that is why; copy on text editor first. We kept another way to to execute the command, here is a gist file of the command as bash script. You will only run these commands : 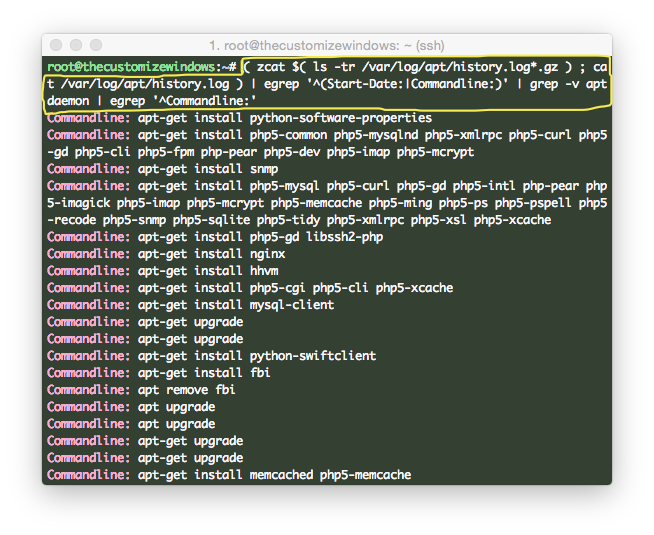 This has security advantages too – it list the commands you typed to install or update the system. In case, you want the date of the works too, this modified command will work fine :

We are getting the data from the log files, not apt. It is risk free for a running server. We have a separate gist for it on Github.

Suppose, you want to see all the works with xcache, then it is better to use the script :

Now, you can replace whatever you are searching for with xcache after grep command to find it. This are the official commands :

This Article Has Been Shared 408 Times!