Advertisement
You are here: Home » HTML5 Replacing Flash On Chrome By Default
Advertisement

Google seems to be determined not to stop the process of disposing their beloved/hated Flash plugin, whose future is already compromised to the truth – the abandonment of the name “Flash”, first announced and confirmed, for the Adobe online tools it is a clear signal. HTML5 Replacing Flash On Chrome By Default. Flash continuing as subject of the attention of Google which which will be replaced with HTML5. The countdown to Flash’s domination began in 2010 when Apple declared that iPhone would not support Flash. Since 2010, Apple and Google criticized Flash for being a security risk, resource hungry and non-free software part of the web that needs be removed. Here is the Google Chrome Official Group discussion :

According to the news findings in these days; starting from last quarter of 2016 Mountain View will set the default use of HTML5 on the popular browser Chrome which currently holds solo over half of the market share. Which means, according to the information available, that the embedded Flash content will no longer be automatically get initiated; and possible attempts to activate the plugins via JavaScript will not succeed. In the case in which both a site specifically require the use of Adobe, Chrome software will ask the user whether to activate it or not.

The portals of some importance, as expected, will not be involved at least at first by the restrictive policy of Google: the domains of “top10 Flash” – Amazon, Facebook, Twitch (who is testing a HTML5 version of the platform) only to name a few – will not face block while loading the plugin. The whitelist is in any case considered by the Mountain View as a temporary solution and the participants will try to take off as soon as possible – the maximum time in the list of exclusions will be one year. 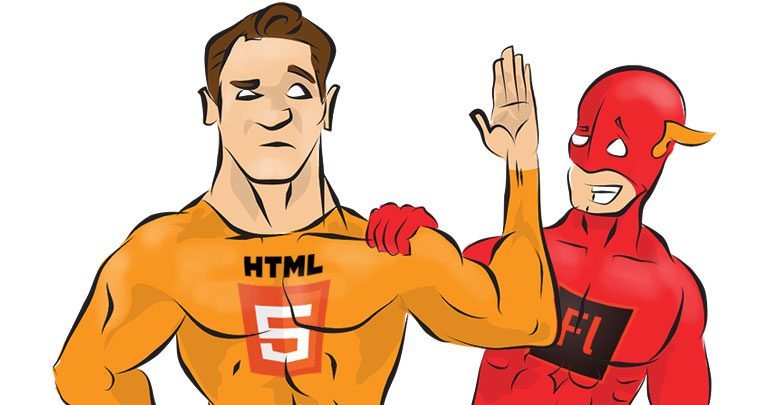 In the view of the above, although Flash placed at the edge, Flash will continue in any case to be present in the browser of the future in usage by the companies, developers, designers, and so on, at least until complex content such as flash games and applications is not perfectly replicable in HTML5.

This Article Has Been Shared 312 Times!

Articles Related to HTML5 Replacing Flash On Chrome By Default