Advertisement
You are here: Home » Commands to Detect Type of Virtualization
Advertisement

Why Type These Commands to Detect Type of Virtualization? 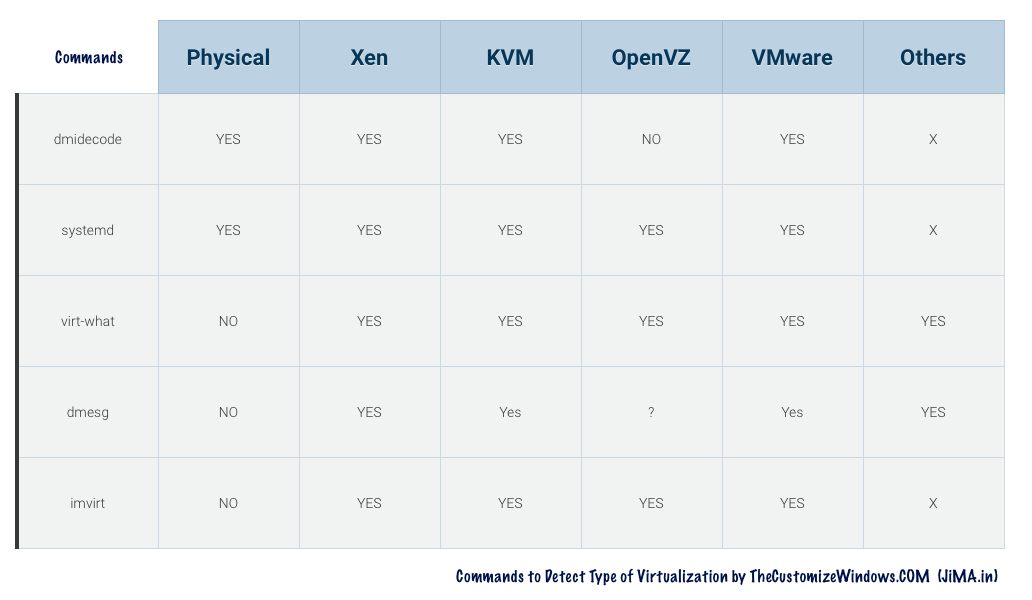 If we want to find out whether GNU/Linux instance is running inside a virtualized environment, there are various methods we can try, which depending on the type of hypervisor used. Processor manufacturer, files in some directories, virtualized NIC driver name, boot sequence can reveal some clues.

which returns this on on Aruba Cloud :

On a physical server, the above command will return none and on a virtual machine, it will show the name of virtualization technology.

virt-what is a package usually installed, if not you can install it with command like yum install virt-what, apt install virt-what. We can detect QEMU, KVM, VMware, Hyper-V, VirtualBox, OpenVZ/Virtuozzo, Xen, LXC, Parallels, etc virtualization. If we run the command on Aruba Cloud, it will return :

The above command will return details of the machine, it will show the name of virtualization technology. If we run the command on Aruba Cloud, it will return :

The above command will give hints of the underlying technology. If we run the command on Aruba Cloud, it will return :

This is not exactly enough. There is always some way to deliberately fool these tools even if used in combination.

Articles Related to Commands to Detect Type of Virtualization