There are definite planing differences between monitoring dedicated server and cloud server. One of them is that – components and sensors are not physical. Another point is that 6GB RAM OpenVZ server instance costs $7/month, whereas a 32 GB RAM dedicated server costs not exactly lesser with good networking. So, slight more RAM consumption is not very bad in case of a cloud server. Glances is a Free Set of Tools For Server Monitoring, Written in Python. It is Great Option For Cloud Server Monitoring as RAM is Not Costly and Setup is Really Easy. 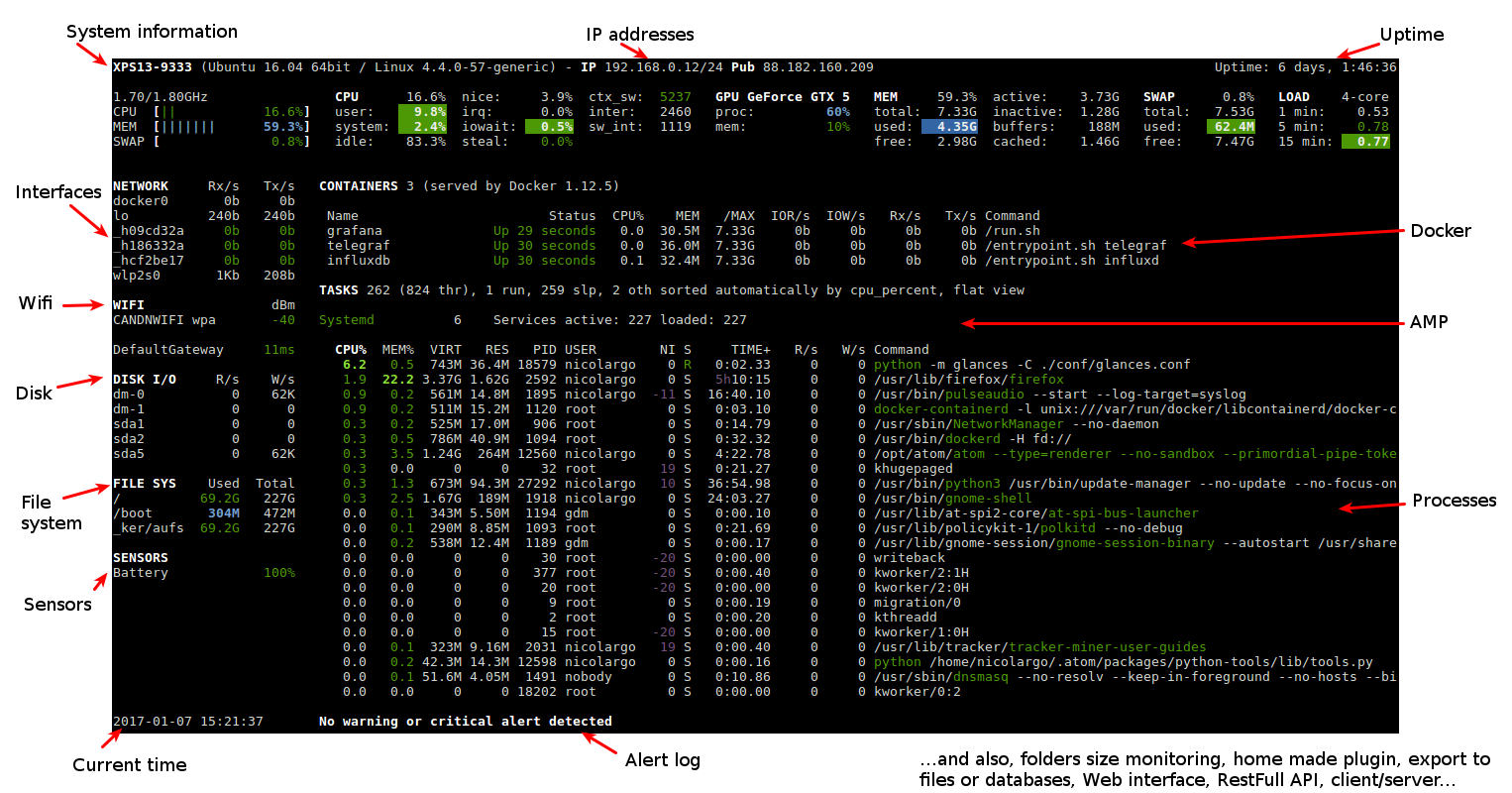 How To Setup Cloud Server Monitoring With Glances

Glances need Python, psutil and optional dependencies, we think these are more than sufficient for cloud server instance:

These dependencies probably not needed for a cloud server :

This is their official Github repository :

And here is auto install script :

You can install my modified version of installation script :

Run with this command on CLI :

You can read their documentation too.