If you are a professional who need dedicated varying power electric screwdriver, then you should look around models like DEWALT DCF680N2 gyroscopic screwdriver, DEWALT DW920K-2 like models which costs over $150. As it is a generalised guide, we will point the readers towards the screwdrivers which do not screw the owner.

What to Look While Buying an Electric Screwdriver 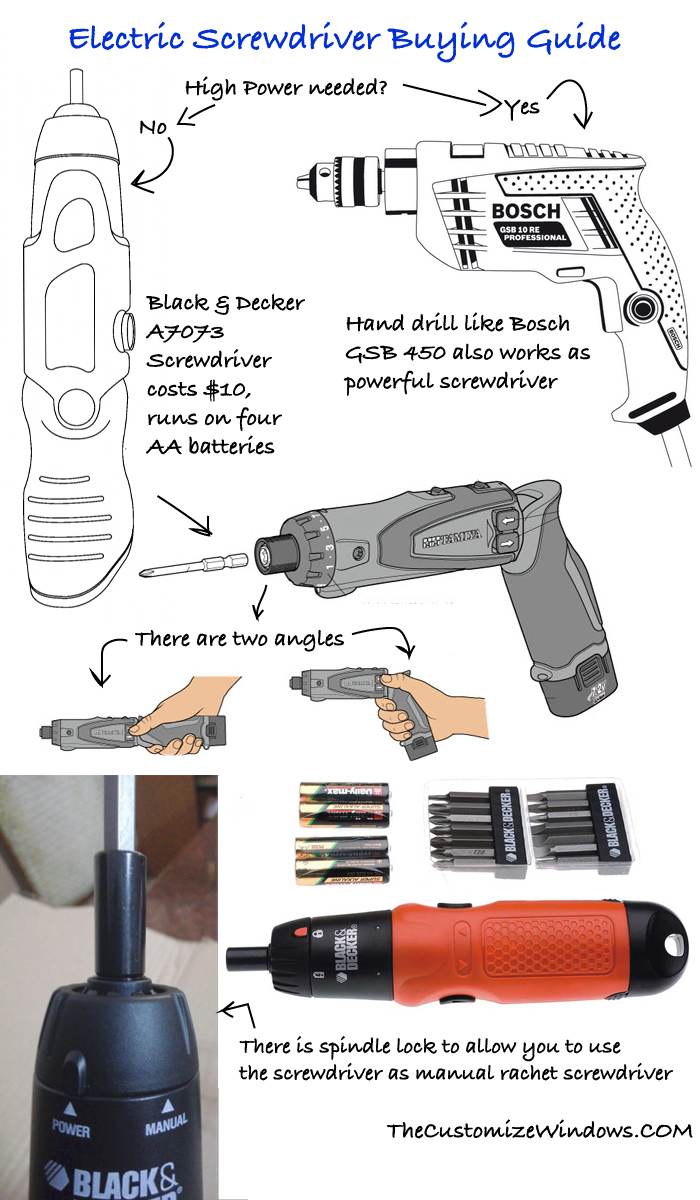 We should look while buying electric screwdrivers are just few points :

Tagged With diy elec screw driver , what to look for when purchasing a powered screwdriver