Advertisement
You are here: Home » How To Install Apache Mesos With Marathon On Ubuntu 16.04 LTS
Advertisement

In a previously published article we introduced to multi cloud. In that article we gave example of managing SendGrid from WordPress dashboard using SendGrid WordPress plugin. Mesosphere is a software that expands the cluster management capabilities of Apache Mesos with additional components to manage server infrastructures. By combining several components with Mesos such as Marathon and Chronos, Mesosphere can scale applications by abstracting the challenges of scaling. 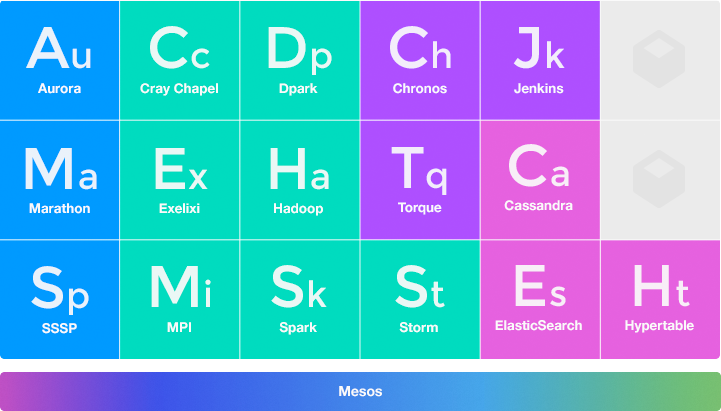 Mesosphere provides features like application scheduling, scaling, fault-tolerance, self-healing, application service discovery, port unification, and end-point elasticity. Apache Mesos is an open source software project to manage computer clusters which was developed at the Berkeley University. Apache Aurora is a Mesos framework for long running services and cron jobs (originally developed by Twitter) which can scale to tens of thousands of servers. Chronos is a distributed cron-like system. Marathon is like platform as a service or container orchestration system which is fully REST based, allows canary style deploys and deployment topologies written in Scala. Here is how to install Apache Meos with Marathon on Ubuntu 16.04 LTS in order to integrate, manage multiple servers or multi cloud environment. It is possibly important to read the official webpages :

How To Install Apache Mesos With Marathon On Ubuntu 16.04 LTS

Installation is exactly like Apache Big Data tools – Java and Zookeeper (like we needed to install for Apache Kafka on Ubuntu 16.04 guide). We are installing on virtual server or physical server or dedicated server or localhost NOT on docker or some sort of container. Run all commands as root user.

Configure Mesos to use the Mesos containerizer with docker image support :

There should be mesos.

There should be docker.

Configuring Java Home needed as some frameworks expect the JAVA_HOME variable to be set (within their tasks). Adjust the Mesos agent’s configuration:

How To Install Apache Mesos With Marathon On Ubuntu 16.04 LTS From Source Code?

Articles Related to How To Install Apache Mesos With Marathon On Ubuntu 16.04 LTS