Some wrongly refer these as VU meters. VU Meter is too much but these are entertaining. Volume Unit meter (VU meter) device display representation of the signal level in audio equipment, which has some of standards. We are just building a “sound meter”. You need some LEDs, couple of resistors, ceramic capacitor to build this Arduino Sound Meter. Frankly there are more easy guides with almost nothing – one Arduino board, few resistors and LEDs. Those are too less. There are ready to use Arduino, Raspberry Pi PCB with amplifier – they are too much.

I lack idea who created the circuit. I got in one electronics forum uploaded by one member, that is circuit diagram : 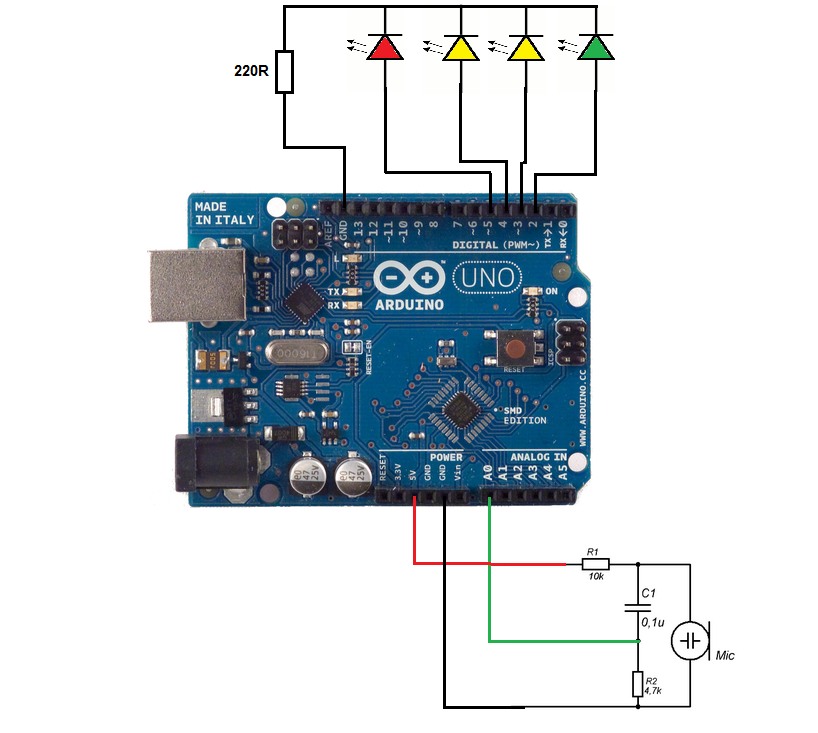 There is not much bell and whistle. Create the circuit properly on breadboard. This is the code :

And you have to adjust to accommodate more values :

These are no way really accurate for scientific analysis, they will be visually correct. This kind of project basically good with ATTiny for some real thing out of breadboard. These are entertaining projects for the kids.

A modified circuit with LM393 is sold as “sound sensor breakout” on online shops for $1. Which reminds more about old “clap switch” project.

This Article Has Been Shared 553 Times!