Advertisement
You are here: Home » How To Change the Theme, Font, Syntax Highlighting of Arduino IDE
Advertisement

This is article is kind of help to make the default Arduino IDE somewhat sober looking like Microsoft Visual Studio Code’s colour schemes for Arduino. Yes, autocompletion on Arduino IDE actually not impossible. Here is how to change the theme, font, syntax highlighting of Arduino IDE and some ready to use themes matching with your iTerm scheme! The Arduino IDE is simply just basic, otherwise it is not exactly bad to push a code faster. 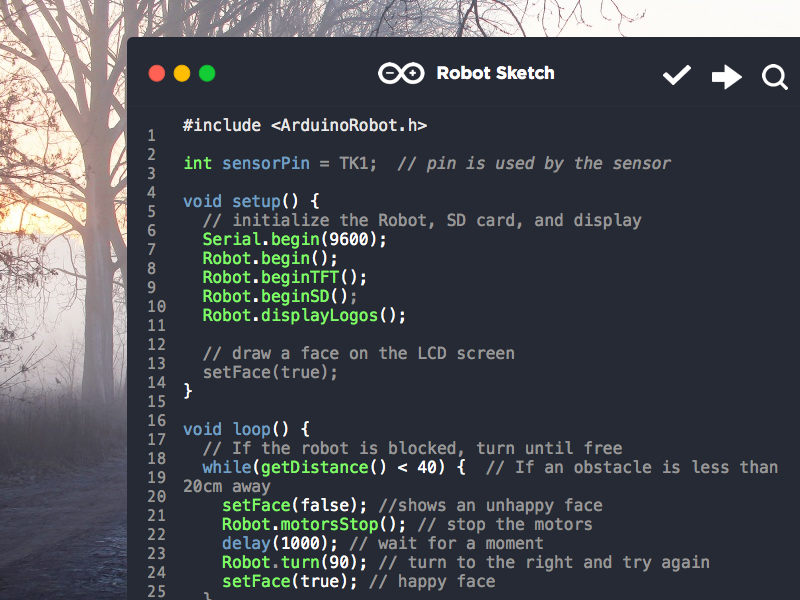 How To Change the Theme, Font, Syntax Highlighting of Arduino IDE

We are dividing the thing in to two matters :

Second way is for already installed Arduino IDE. The method is actually very easy.In case of Mac, inside ~/Applications/Arduino.app/Contents/Java/lib there is theme directory and files like preferences.txt. We need replace the files in those directories with custom ones of course after making a copy of the original. This contains lots of changes, including all the button files, fonts etc. That path for Microsoft Windows is C:Program Files (x86)Arduinolib. Otherwise the thing is same. There is an existing font directory inside like ../java/lib/fonts. If you want to change the fonts too, you need to place the desired font’s OTF or TTF files, change the preferences file to match the new font. Restarting the IDE works fine. We have a good collection of Arduino themes on Github :

Installing custom build of Arduino IDE is difficult work and for matters like getting autocompletion feature. From Arduino Forum :

We came to know that this custom build repo of Arduino IDE has autocompletion :

Obviously that developer has different set of codes, so there will be some custom functions. In case you want to install it, for Mac you have to run :

That beautiful “screenshot” in this article is “imagination of Artist” (read sketch) :

Articles Related to How To Change the Theme, Font, Syntax Highlighting of Arduino IDE