We guess some of our readers do not use the search feature on our website. The Question How Smartphone Stylus Works Actually an Answer to an Email. How Smartphone Stylus Works That Depends on the Technology of the Screen. For the Capacitive Screen, a Wet Earbud in Contact of Your Body is DIY Stylus. It is shameful for us that despite we have detailed article and guides published 6-7 years back on matters DIY Stylus for Most Touchscreen, Capacitive Touch Screen, Capacitive Touch Screen, we frequently receive similar type questions via emails. We are ashamed because the innocent readers somehow can not find our older articles on the topics we addressed. Yet, again we are going to easy details. We use a stylus for certain reasons :

Multi-touch screens of these days mostly are capacitive. Resistive touchscreens are decade old technology and not in use. Capacitive touch screens are like the way we can feel a static charge with the hair on our skin. These screens has a charge inside it, and when our finger comes near it, the capacitance of our finger attracts this charge. The data is converted to digital signal and processed. Usually less than a quarter inch touch is ignored as they are unlikely to be human touch. 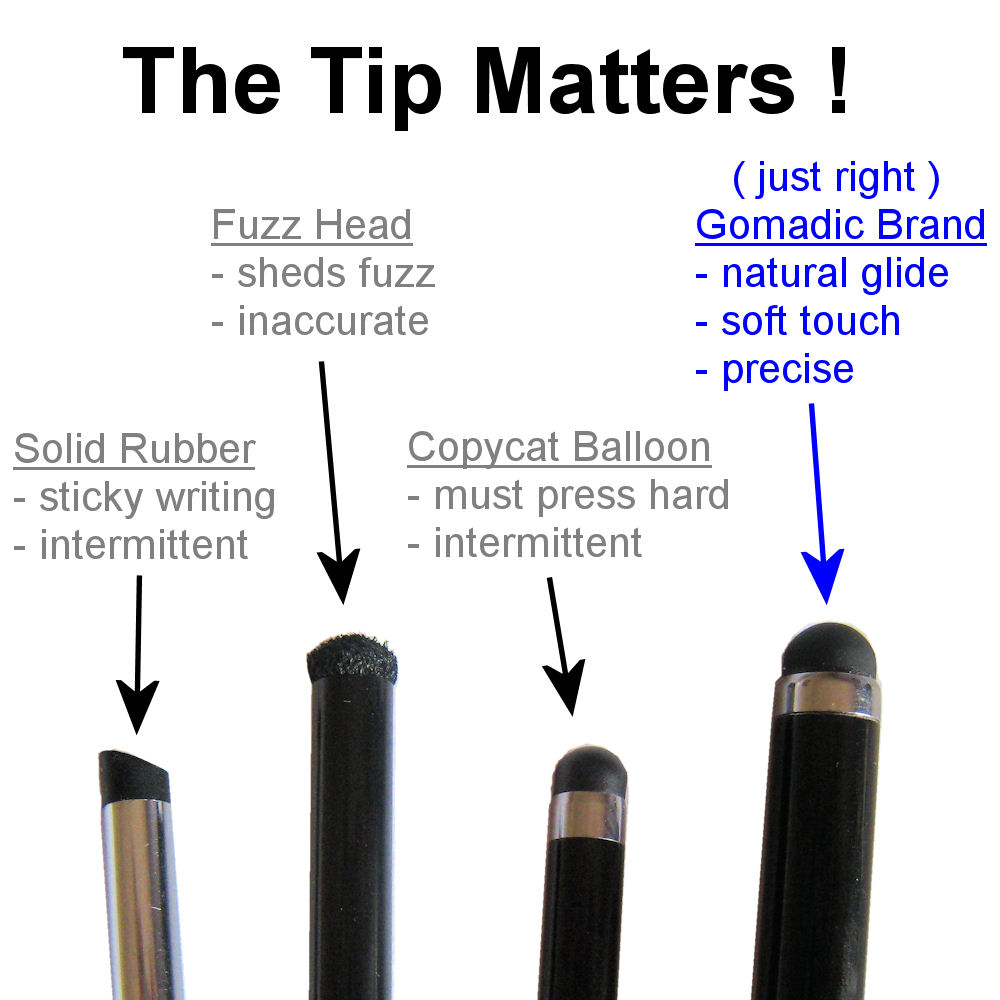 Costly, high end smartphones uses “stylus pen” which uses different technology and the tip is pointed. They are active stylus and works with a digitizer screen. The digitizer is a special sensor built into the touch screen that actively senses for the presence of a compatible stylus. This digitizer technology allows for additional features that are not possible with capacitive styluses.

Proof of the Basic Mechanism

But how the dry tip of commercial stylus works? They have conductive rubber or conductive silicone tip. A conductive elastomer is a natural rubber or other rubber substitute which is manufactured to conduct electricity by distributing carbon or other conductive particles throughout the raw hot liquid material prior to setting it. They are used in many things in electronics including pressure sensors. Some calculators, keyboards have rubber keypads which are made from that material. Many gaskets have that material too. It is good if you can find some solid tube like conductive rubber to create own DIY stylus else you need to buy it.

This Article Has Been Shared 695 Times!