Advertisement
You are here: Home » How To Make a Piezo Buzzer Louder (Arduino)
Advertisement

We Can Use Transistor To Have Some Loudness. How To Make a Piezo Buzzer Louder is a Commonly Asked Question By Whoever Use Arduino. We talked about transistor in our old post listing common transistors. But that is not all the answer. The Piezo Buzzer itself not any standardized hardware – you need to find buzzer which is itself loud.

How To Make a Piezo Buzzer Louder With Arduino

We are talking about common 2 terminal buzzers. Probably Op Amp-based amplifier with a trimmer pot in the feedback leg is best solution. However, only Op Amp-based amplifier is not enough as solution is likely to be acoustical. A larger vibrating surface moves more air and thus produces a louder sound. You may fasten the buzzer to the inside of the enclosure, at the center of the widest panel. Second, we can drive the piezo with a H-bridge, for example a 74HC six-inverter chip.

Third of course using transistors. Common buzzers are usually of 16Ω and usually suck as much as 100mA while making a sound. A transistor which can drive 0.5A is sufficient to handle the buzzer. For sound emitting, it does not matter whether it is PNP or a NPN transistor, only the circuit diagram will be different.

With the following easy code which will make to buzz once when Arduino connected :

We can use BC 547 or BC 547 transistor, with just simple circuit, essentially like Arduino IR Obstacle Sensor Buzzer With LED project. BC547 is a NPN transistor. Most easy circuit probably would be : 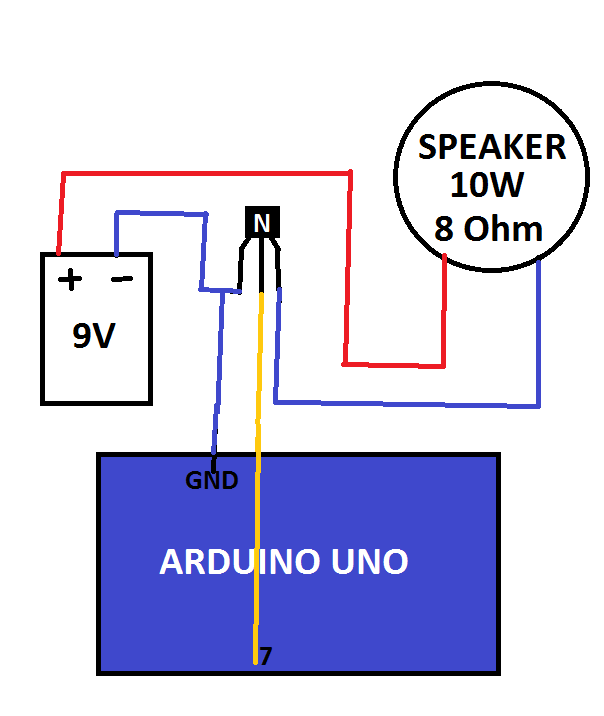 The above needs a 1K resistor between the base and the Arduino. Below is another way, just some modification : 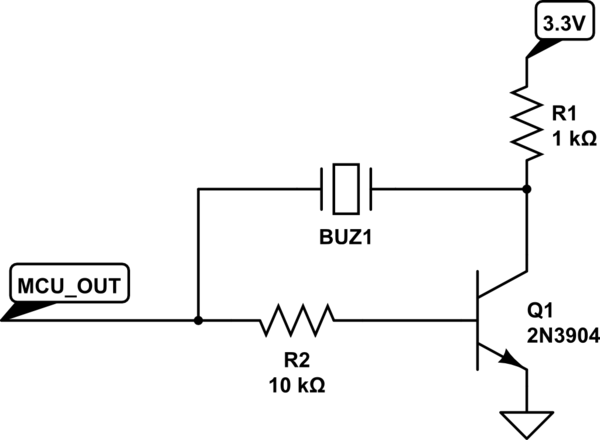 Making buzzer sound loud of course a big challenge for the advanced projects.
We have some Arduino buzzer codes like Für Elise, Jingle Bell like popular tones, which possibly will be your good free resource.

This Article Has Been Shared 204 Times!

Articles Related to How To Make a Piezo Buzzer Louder (Arduino)