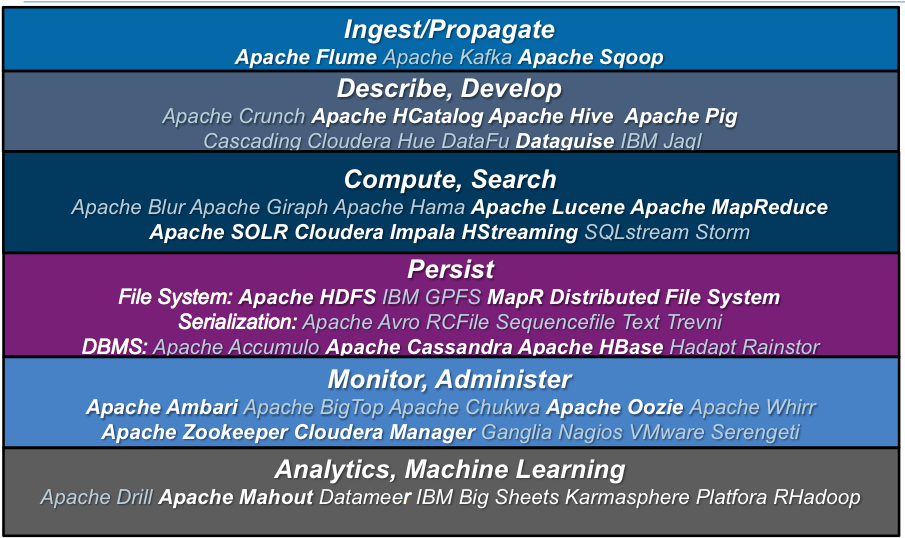 How to Install Apache DataFu : Steps

This is the official DataFu repository on Github :

There is also a repository on Github by LinkedIn, which is not updated since ancient time. This is Apache’s official subdoomain for DataFu :

On our website, guides are intended to be installed on own server original Apache repositories. So the user should have a running system with Apache Hadoop installed, with Apache Pig, with Apache Bigtop. We are not showing the commands to install and configure Java, Bash profile for them.

From Apt on Debian or Ubuntu

We guess, this way although easy will be not suitable for most systems plus version on apt can be old. This probably works only for CDH version :

At /usr/lib/pig, there will be datafu-0.0.X-cdhY.0.0.jar file. X, Y are variables indicating versions. You can use the locate function :

Register the JAR. Replace the version string with the current DataFu and CDH version numbers.

Download that file which is latest with wget or git release (from Github). We need Gradle :

The procedure will produce JARs in the following directories:

DataFu artifacts can be installed to local maven repository:

We can test for Pig :

If local maven repository is at ~/foo then the location will be ~/foo/repository/org/apache/datafu/. For Mae, we need this settings :

After this setup, it is possible to follow the official getting started guide :

Vim
Tagged With 8889 , how to download datafu jar in emr , how to install pig apache on windows , what is datafu-pig