Advertisement
You are here: Home » How to Connect Multiple LEDs With One Arduino Pin (Series Connection)
Advertisement

Connecting Multiple LEDs in Series Can Create Nice Lighting Effects. Most of the consumer grade Christmas light, Diwali light etc uses just some common IC and transistors. Here is How to Connect Multiple LEDs With One Arduino Pin. In respect to one Pin, result is like as if of Series Connection in ordinary electrical circuits.

Current in Arduino UNO single digital pin will provide 40mA and can power two LEDs. UNO’s VCC pin outputs 200mA and could can power ten LEDs. All we need to do is power our LEDs from the VCC and use the Arduino digital pin as a switch. There are several ways to achieve this.

In this website, we are not using transistor for this type of purpose to increase the “gain” for the first time. Those who are our new readers, for them – your code will remain same but you need to use higher value of resistors. Consider to use atleast a basic multimeter to measure the voltage to get real idea. Anyway, this is such a circuit : 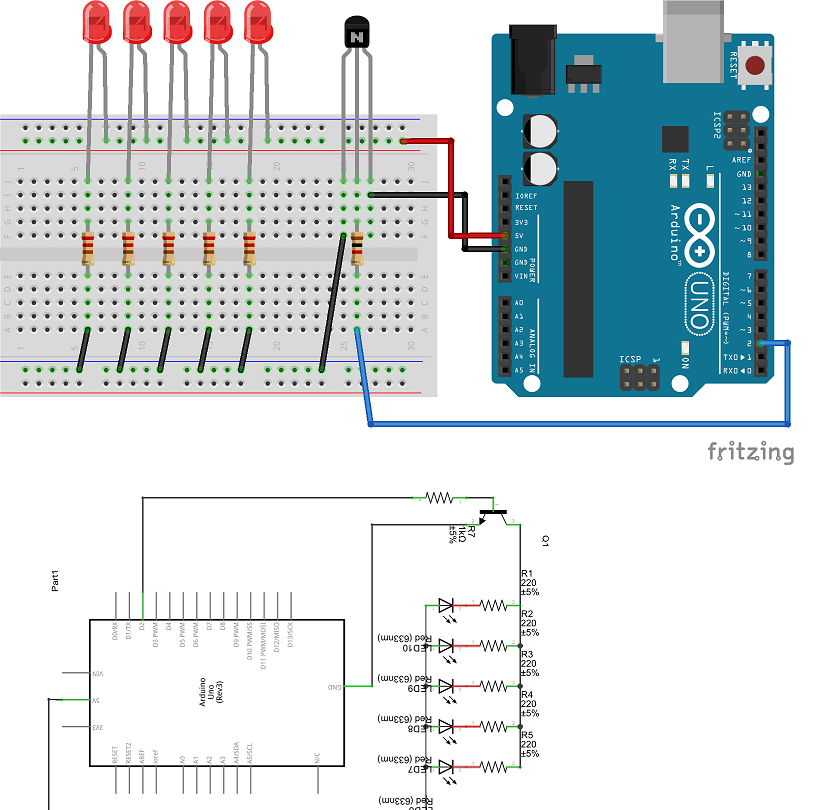 How to Connect Multiple LEDs With One Arduino Pin With Transistor

Luckily, using magical transistor to turn on a higher current is not difficult from the point of wiring. Transistor can switch the VCC connection to the LED array when the digital pin is high.

This ends this short guide. We hope that the readers will found both ways useful for various innovative projects.