Advertisement
You are here: Home » ESP WROOM 32 : How To Setup ESP32 NodeMCU With Arduino IDE
Advertisement

First, you will attach the to Windows 10 PC with any USB data cable (used with almost any Android Smartphone of these days). Open Device Manager and expand the COM. In the below webpages, you’ll get the resources for installing the USB driver for the board :

The above steps are required to make sure that the board you got is not a faulty board. You may omit the above steps but omit may invite random trial and error. The board we are using looks like the below photo (except, it lacks DO IT logo on backside) : 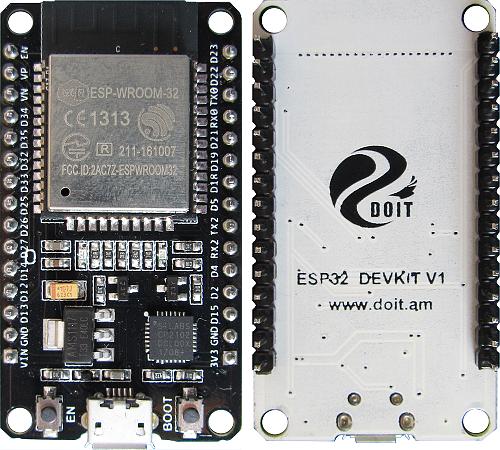 How To Setup ESP32 NodeMCU With Arduino IDE

You need Git for Windows to be installed. We have guides on how to setup Git on Windows 10 PC. We expect that the reader already have Ubuntu Bash configured for Windows 10 PC like our guide.

The above configaration on Windows 10 may take time but the PC can be easily handled like UNIX/Linux for dev works.

What exactly we need is cloning this repo inside Arduino’s one specific directory :

Arduino IDE commonly get installed in this path :

Make directory structure and change directory like we have shown below :

Now, clone that repo inside a directory named esp32 so that the path becomes ~/Documents/Arduino/hardware/espressif/esp32 :

It will take a while. It is around 200 mb download. After download is complete, change directory to esp32 :

Run an update to download some third party repositories inside the current repo :

Next, open the following location on Windows Explorer :

You’ll notice an application named get inside that Arduino\hardware\espressif\esp32\tools directory. Double click to run it. It will open a command line window and download the required tools for compilation on Arduino IDE. It will do the job and automatically will get closed. Unless you do these steps, you’ll get core/core/a copying error on Arduino IDE. In case this step is not completed, double click to run the get application.

The above steps will complete installation of all the required software for ESP32 NodeMCU (ESP WROOM 32) dev board.

Now, to test, load from example :

The above sketch proves that the setup and board is correct.

Articles Related to ESP WROOM 32 : How To Setup ESP32 NodeMCU With Arduino IDE