How to Easily Develop Android Apps for IoT Projects Built with ESP32 Arduino? One Can Use Blynk to Build Apps With Graphs, Emails, Control Buttons. Blynk has Arduino Library. Blynk also available as Open Source server software to install on own server. Blynk really adds the capabillity to add graphing, or sending email to your Android mobile with practically no coding skill. What is the catch? Blynk charges money for adding more than few widgets, they also charge for converting to own Android app (which is too high). Blynk was born as a Kickstarter campaign to make IoT as simple as possible. So the software development for app development has been drag-and-drop GUI tool. With Blynk, even a child can create an IoT project to control a relay from smartphone’s app. To build your IoT app, download the Blynk app from the AppStore or Google Play. Once you open the app and create an account, you can start creating your first project. Blynk has negative points if you want to make standalone professional looking app. 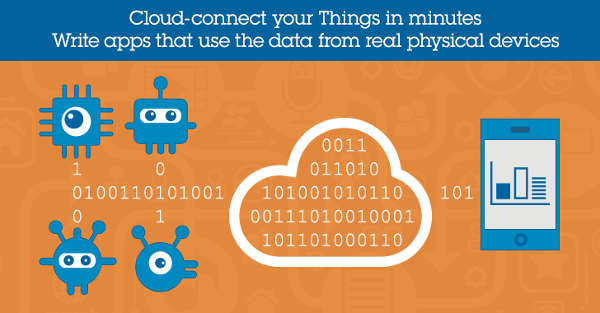 Kinetise is another known drag-and-drop GUI service, supported as solution by SalesForce, IBM. There are other such services to build Android app in drag-and-drop way or has pre-built template applications, such as AppGyver, Mendix, Temboo, Ubidots, TheThings.io, ThingSpeak and many such exist.

There are more such solutions at present. Not all are quite stable or has good working examples. IBM, AWS has template applications for their native platforms which demands minimum working experience with git. Otherwise IBM, AWS actually offer more robust way to get started.