For the past nine years, peoples are seeing we are publishing blog articles, developing codes. Why suddenly after so many years we suddenly are actively talking about IBM Developer Day? Was not it expected that we will write tutorials, guides around IBM’s things, develop some codes & share on GitHub?

Essentially we run a maker’s blog. Working with this blog exposed us to a wider audience. It is an obvious fate that in near future we will become an open-source hardware development company. We are not an exception to the rule. We are not going to hugely change in the blogging part. Many good, innovative, high-quality products came from similar companies among which Adafruit is widely known. Both Lady Ada and I write guides, both of us support open source communities, both of us innovative. The resemblance with her is not a rare match! Thousands of us including you are similar. We need a mentality of co-working in open source business and open source development. We use these examples in our engagements with other developers. From being able to listen, talk about the process, showing a developer an example, asking questions to encourage the other developers expands our community.

Coming back to the topic. We write code, commit code to GitHub. When we get an idea for an integration, like for example with IBM Watson IoT, we are just like any other maker to sit and figure out how to deploy. All of us wish that we might know a little more about the services, we also wish if someone helped to tell more than the written documentation. You can find resources on DeveloperWorks recipes, read things of your interest and realize that some “human” part is missing for more intense co-thought. Texts, videos over the internet has limitations.

Working with open source hardware projects like presently we are doing with ESP32 Arduino, we include open source libraries from various communities on GitHub and IBM’s huge number of resources. Most of the time, a big part becomes copying part of code…copying not at all bad! A maker needs to reach the idea and help others less used to reach the idea. Ultimately we have given the community three working codes which work with ESP32 Arduino and IBM Watson IoT Platform.

After playing a bit, we have shown how to create a live graph on Watson IoT platform from sensor data. You can realize that going more towards real data science, prediction needs better help from who are working with the products. Do we need to switch from ESP32 to Raspberry Pi? Should we develop more with ESP32? Will IBM develop a library for Arduino ESP32?

When we are working as an open source hardware development company for IoT, we can not have a large company with a datacentre. We have to offload the server part to some third party. This is one reason we need to have IBM like OEM with us. It is really software OEM, resource provider. This need is of a consumer running business. Outside the consumer part, we have a developer part.

Now to choose among Docker container, Cloud Foundry application, or OpenWhisk serverless we need more discussion, more social information. Sharing code is important, to how it is built. But meeting in real adds an extra dimension. And bloggers advocate certain things. Few products of IBM may have practical matters which they can not write as text. We need to be honest and we can list some points why anyone should visit IBM Developer Day : 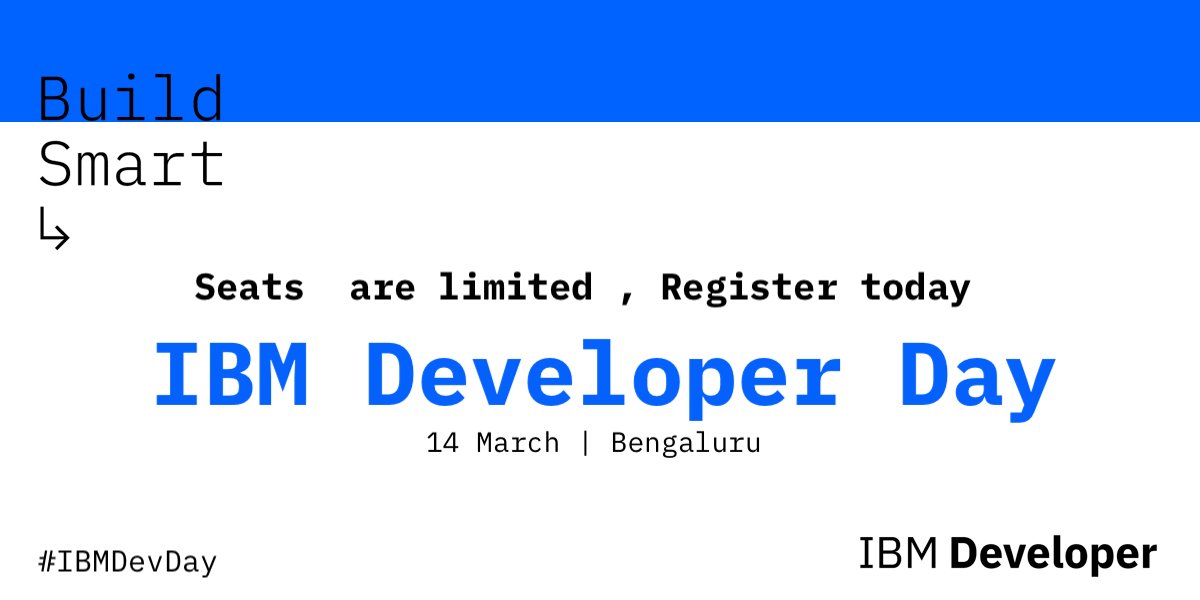 What is inside IBM Developer Day? It is definitely practical to look at their portal and give some time to read the details.

Topics include cloud, AI, big data, analytics, Blockchain. These are what we talk about on this website. There are hands-on, certification, badges and conference. Conference topics of cloud computing include matters around containers, microservices, Kubernetes, serverless, DevOps.

By physically visiting such an event, I can ask the real humans from IBM to look at my code, I can ask how a way of a project will be easy to reach with services from IBM. I have needed from multiple points – as a developer, as a maker, as a blogger, as an entrepreneur. Most importantly, I need to have authority on certain topics. If your some need matches with me possibly you need to attend too.

Articles Related to Why One Should Attend IBM Developer Day