In a microservice architecture, the solutions are provided by a system are divided into tiny-sized service applications instead of monolithic, larger services with complex APIs. If we are building an e-commerce back-end then we can build a service that will have an API with all the necessary functionality from payment processing to shipment tracking. We can also approach to solve the same problem by designing several micro-sized services, such as an authentication/authorization service, a payment service, an inventory service, etc. Division of the larger service into separate smaller services having a system architecture with independently-scalable components which are running as separate services. 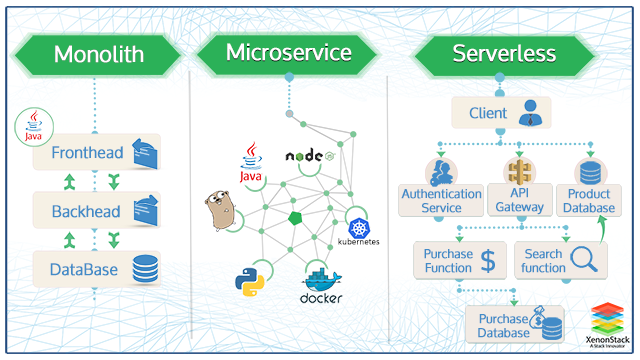 Serverless refers to a system where deployment of a software service is done on a cloud based platform. Serverless architectures are more efficient in sharing resources. Who develop and deploy a service are not interested in the underlying infrastructure. FaaS customers pay for the execution count of a function in contrast to microservices, where they pay for running processes regardless whether there is some load or not. Serverless Computing is the process of utilizing 3rd party cloud services like IBM OpenWhisk, AWS Lambda, DynamoDB and API Gateway in order to not maintain our own servers.

This Article Has Been Shared 176 Times!