Unlike 10 years back, developing web applications and mobile applications no longer easy. There are too many things to maintain these days which made hand coding CSS quite difficult. Developing HTML pages with CSS, PHP, Flash, and JavaScript (aka FrontEnd development) changed too much. When JavaScript became a server-side language, most developers fall in love with the idea of using JS for every layer of their stack (frontend, backend, and database). Recently, architecture design, microservices, and serverless architectures are commonly talked all over the web. JAMstack refers to web development architecture based on client-side JavaScript, reusable APIs, and prebuilt Markup. The term was coined by Mathias Biilmann. Here are some frameworks for creating serverless apps. We discussed the basic around serverless in our some earlier publications, such as Relationship Between Serverless Computing and Microservices. There are various tools and frameworks to help you in serverless niche.

When we run a serverless applications it basically means that we will not be needing any computing instances (or virtual server). It can be achieved serving static content and can be used to host static websites and also can be used with NoSql databases. It is quite old method. Another option is to extend by binding it with services like API Gateway to serve API calls, which is actually known as “serverless”. 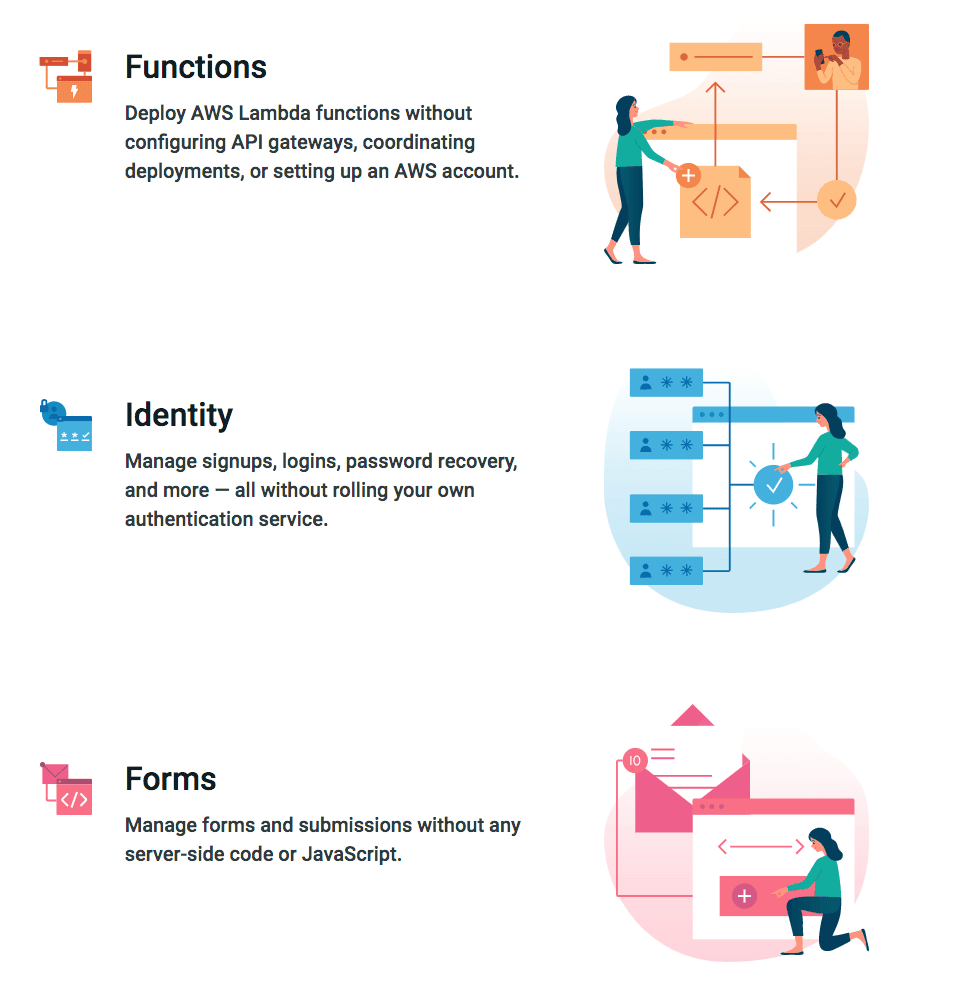 The name Serverless Framework itself an application. The Serverless Framework is a F/OSS web framework written in Node.js and currently supports Node.js and Python runtimes. Which was originally developed for building applications on AWS Lambda. Presently, the applications developed with Serverless can be deployed to other function as a service providers, such as Azure, IBM Cloud (formerly Bluemix), Apache OpenWhisk, Google Cloud and so on. This is the most popular framework with many thousand stars on their GitHub project. Name of their website is serverless.com. To build more complex PHP based OpenWhisk applications (or IBM Cloud applications), you need to explore how Serverless makes this easier with OpenWhisk plugin. Running these two commands for IBM Cloud, we will get idea of the thing :

Apex framework is simplistic and less opinionated. It is lightweight, not do as much of the heavy lifting for you. Apex currently only supports AWS Lambda. apex.run is the website of Apex.

Amplify is a JavaScript library intended for the frontend developers who commonly develop the web based and mobile based appplications on the cloud. Amplify framework delivers a simple management interface for a variety of operations. You can use this library into any serverless cloud service.

Up is a framework which helps to deploy Serverless applications with scalability. We can use Up to deploy static websites, APIs, and more. So, Up provides us the flexibility in the work.

PureSec (puresec.io) supports almost all the platforms, but it is not free.