Advertisement
You are here: Home » What Are the Applications of Blockchain Technology?
Advertisement

In an earlier guide, we talked about the basics on Blockchain Technology. Blockchain, often mistakenly counted as Bitcoin and Bitcoin mining related. The transactions Blockchain ensures properly conducted and recorded need not be just a monetary unit.

Currency, Payment Infrastructure, Digital Assets management of course big sectors which use Blockchain technology. Bitcoin started as a P2P digital cash system. Anyone can hold bitcoin and pay anyone without any need of middle man. We can use Bitcoin to send money all over the world. Merchant processing and remittances is slightly different than using bitcoin as a currency. The blockchain technology can be used to create digital assets such as stocks, bonds, land titles and so on. NASDAQ, Openchain are good example institutions who utilize Blockchain. Blockchain could eliminate a lot of friction and stock tampering. 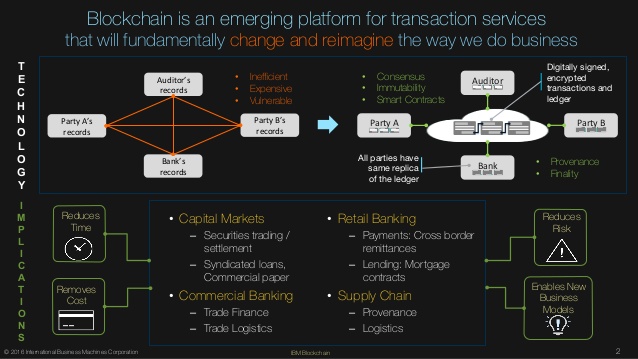 Identity, Verifiable Data, Smart Contracts are another set of domains where Blockchain is been used. Creating a verifiable record of any data, file, or business process on the Blockchain is possible. Some of the companies offer blockchain IDs to sign in to apps and web sites or digitally sign documents. Keybase is a good example of such. Same basic principle is been applied in passports, e-residency, birth certificates, death certificate, wedding certificate management.

Few of the games are based on blockchain technology. The Blockchain Game Alliance has been formed by Ubisoft, Fig etc gaming companies. Walmart and IBM trying to use a blockchain linked system for supply chain monitoring. Blockchain technology also researched for being used in music industry, insurance industry, IoT, online voting and in space. Blockchain data storage is a decentralized concept of storage. Anyone on the internet can store data at a pre-agreed price is the main motto of this type of cloud storage. Storj Labs is one of the company who started work in this area. From an Internet of Things (IoT) point of view, virtual currencies are a form of cash that can be easily transferred between things in an automated fashion and connection with blockchain is normal development path.

The Linux Foundation announced the creation of the Hyperledger Project and supported by big industry players like IBM, Intel, SAP Ariba. Hyperledger is a wider terminology to included the open source blockchains and related tools. In supply chain management, blockchain provides permanent transparency and validation of transactions shared by multiple supply chain partners. So, what the price farmer is selling how much quality is easy to verify by the customer.

Blockchain technology will not affect the way most consumers do retail business as the developers will insure that the change will be invisible. So, we can draw conclusion that whatever thing has repeated “transaction” from a broader view and needs permanent record can use the Blockchain technology.

This Article Has Been Shared 602 Times!

Articles Related to What Are the Applications of Blockchain Technology?