Advertisement
You are here: Home » What to Know to Buy a NFC USB Dongle For Android, PC, Mac
Advertisement

Near-field communication (NFC) is a set of protocols which enables two devices to establish communication by bringing them closer to each other. Most commonly known NFC devices are used in contactless payment systems on credit and debit cards (sometimes referred to as contactless cards). Apart from that usage, NFC can be used for sharing contacts, photos, videos or files exactly like Bluetooth but NFC requires almost no power and no pairing.
Each full NFC device can work in three modes. Card readers are not complete NFC. Not all existing devices have NFC. This article is about what to know to buy NFC USB dongle for Android, PC, Mac.

Full NFC device can work in three modes as we described above. First is NFC card emulation, which commonly makes the smartphones to act like smart cards. Second is, acting as NFC reader/writer which enables the NFC-enabled devices to read information from the NFC tags. The third is NFC peer-to-peer function, which enables two NFC-enabled devices to communicate with each other. Modern Android phones have all these three features.

NXP has PN7150 SoC which acts as full NFC device, supporting all NFC modes. Here is the datasheet : 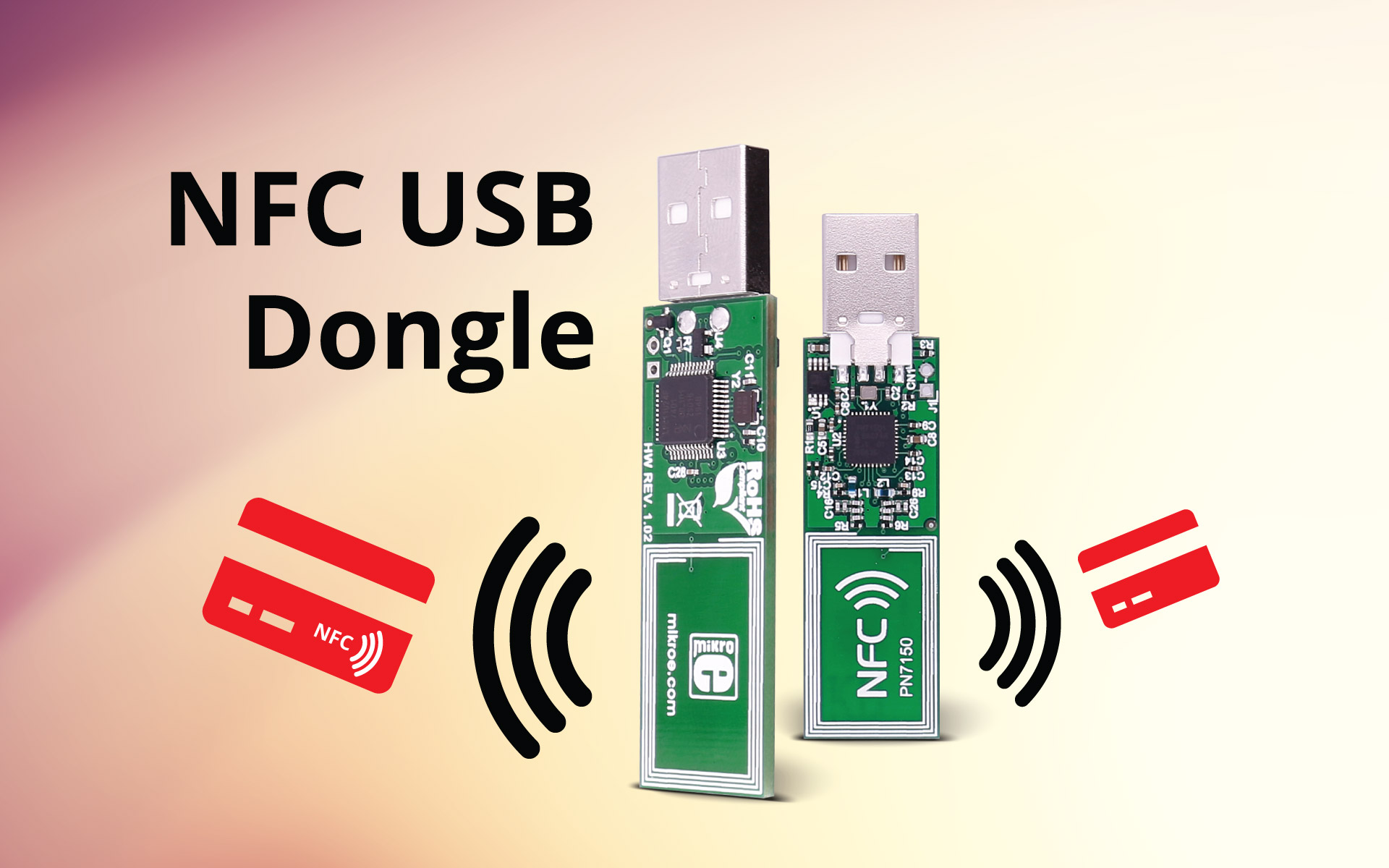 You can not add full NFC support to every smartphone, a few companies produce kits to add NFC support to specific smartphones. If your Android devices did not ship with NFC, simply there is no built-in NFC functionality on the software side. If you need to transfer files from Android to other Android NFC devices then you want to use something like Android Beam. In that case, you would need to re-implement the Android Beam stack.

There are some useful software for Windows 10 and Mac. So, unlike an Android smartphone, you are not going face trouble. Possibility of NFC in creative usages is unlimited starting from unlocking PC with NFC tag or smartphone to faster sending a phone number, directions, launching an app on someone else’s phone just by coming closer.

This Article Has Been Shared 529 Times!

Articles Related to What to Know to Buy a NFC USB Dongle For Android, PC, Mac